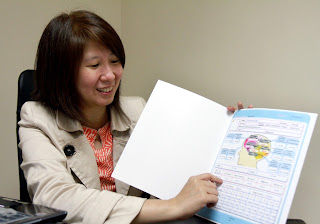 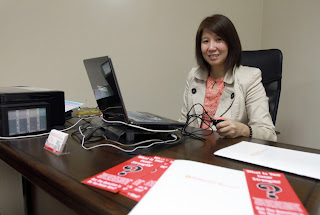 Getting into the groove
By Earl D.C. Bracamonte

Living, learning and working for something you like, love and appreciate leads simply to your own happiness as well as harmony with people around you. In many undertakings, this rings true for most successful people. Thus, wealth comes very easily.
But the question is do you know how? Or better still, how much would you pay if you can reach your dreams?
In the world of business, commodities abound. Some vend tangible things, others intangible and inchoate products. While others serve clients through physical delivery; others act as middleman and conduits for a smooth and worry-free facilitation.
Whether you belong to any or more of the aforementioned categories, you might consider having your respective enterprises ‘fingerprinted.’ Not your office per se, but the persons running it. To see for certain if they’re really cut out to be in the playing field – to ascertain their business savvy and acumen through their innate traits.
Choosing the right venture and the persons to run the same could be a hit and miss thing for many people, especially for the owners themselves. Some trudge through their businesses with much effort while others breeze through effortlessly. Why the disparity? The answer is simple: It’s all in your hands - in your very fingertips! Those who do their undertakings with passion and dedication have found their true calling. So their life’s daily work does not feel burdensome at all.
In 1926, researcher Harold Cummins invented the scientific name for fingerprint, toe print and palm print now known as dermatoglyphics. The Dermatoglyph Test System, otherwise known worldwide as the Dermatoglyphics Multiple Intelligence Test (DMIT), is a scientifically-researched software recognizing the features of your fingerprint and a person’s inborn characteristics from eight multiple intelligence and supporting learning styles. It is based upon genetics, embryology, neuroscience and dermatoglyphics.
“The DMIT is a scientific attempt to make psychological sense out of the fact that each person is unique, starting with the fact that no two fingerprints are the same. At the same time, people have personality traits that are shared, in the same manner that certain fingerprint features have some things in common,” declared Domingo R. Rayco Jr., PhD, assistant professor in Psychology at UP Diliman.
Multiple intelligence can be hereditary or acquired. Potentials that need to strengthen are preferably those acquired during formative years or before one reaches 16 years old, when our brains have fully matured. Otherwise, one could create problems in their academics or personal life unless improved.
“It is also assuring to be told ‘scientifically’ whether one is right- or left-brain dominant as well as one’s dominant sensory modality. The next step is not to be ‘boxed-in’ but to be encouraged to use one’s gifts and strive to develop one’s identified ‘weak’ areas,” stressed Dr. Rayco.
“It is comforting to know that there is now an electronic means to accurately record our fingerprints. The next step is to correlate certain patterns with intellectual functions and personality traits. This is what this test has attempted to do,” he continued.
In 1994, Prof. Lin Jui Bin introduced the DMIT in Asia for use in learning. Then in 2006, Well Gene Science Inc. marketed the DMIT in Asian countries. Later on, the entity renamed their company to iDNA Research Marketing Co.
“After taking the assessment and having been given the results, I became more self-confident about my being left-brained and dominant auditory person. And this confidence will help me use these gifts with boldness towards the betterment of self and others,” informed the deputy Psychology professor.
The DMIT will benefit babies 6 months or older, toddlers & children, students and even adults, parents, teachers, spouses, schools, institutions, human resource development, property management companies, salespersons and business entities. It will allow you to discover half of your staff’s human potentials as well as your inborn learning styles based on the theory of Howard Gardner’s Multiple Intelligences, thereby providing a valuable career guide and insight on important undertakings.
“I would like to endorse DMIT, not as a be-all and end-all of personality & intelligence assessment, but as one avenue for greater self-knowledge which has to be further verified by self-knowledge, self-observation and other’s observations.
“As a scholar, I yearn to discover the scientific bases for the conclusions arrived at. And at the same time, I appreciate whatever data it provides. As we teach in Psychology, there are no perfect psychological tests. But if we can work on whatever little we know towards positive goals in life, we would have become good stewards of God’s gifts to us” intimated Dr. Rayco.
Help people reach their potential and realize their fullness. DMIT puts everyone on the right track. The earlier we know, the more time, money and effort are being saved. DMIT is a scientific based test recognizing the future of our fingerprints and our innate strengths. Taken once in a lifetime, the test has a 95 per cent accuracy rate. DMIT, by the way, is not a medical device but a procedure to gauge inborn aptitude. The 20 pages of test results will be released four days after fingerprint sampling are taken and analyzed.
For consultations on greater business returns on your respective undertakings, simply get in touch with Teya King Sy through tel. no. 579-1170 or mobile numbers 0918-9799224 and 0923-7454566. You may also check them out on-line via intellitrack.mms@gmail.com.