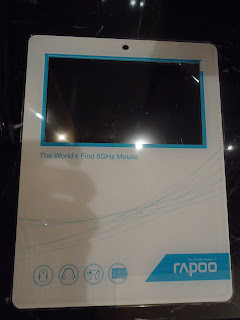 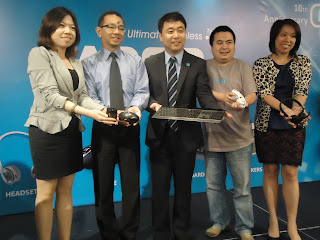 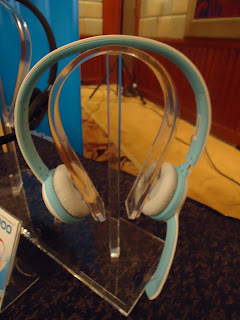 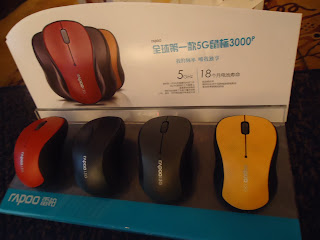 Peripherals brand Rapoo introduced its multiple new product lines in the Philippines recently to commemorate its 10th year anniversary as it also positions itself to become a major player in the IT landscape alongside industry giants the world over.
Early this month, the brand unveiled three product lines in their 5G optical mouse (392OP, 7800P, 8900P and T12), audio headphones & speakers (H8030, H6080, A3020, H3080 and A3060), and 2.4G optical mouse (6610, 1190 and 3360) series.
Rapoo’s presence in Filipino retail stores signaled its successful penetration into the fast-rising IT landscape since its inception early last year. Mid 2012 saw the introduction of the brand’s line of innovative products, while making them available nationwide through authorized dealers.
“The Philippines is an important country in the Asia Pacific region because it is the highest contributor in terms of sales. Young people here like music more than other countries in Asia,” enthused Asia Pacific general manager Oliver Shi.
What accounts for the brand’s phenomenal rise is the speed of their peripherals and the price points that has made them all the more accessible to a broader market base.
The newest 5.8G technology is applied in its 5G optical mouse series, which enables strong anti-interference capabilities. With the surfree technology, each mouse boasts of a super power in border crossing that allows it to run on any interface. Each one also performs remarkably well in power saving, with the 18-month lifetime of its battery.
The latest 5.8 transmission technology enables an operating distance to as far as 10 meters, with a strong anti-jamming capability. A plug-and-forget NANO-receiver is also equipped, in case the receiver is lost, making it convenient for users to take.
“If end-users have not equipped their computers with the 5G mouse, chances are the speed they experience is affected by other signals. The 5G mouse moves fast, like a sports car on a freeway. With lower tech models, navigating would be like trekking through a traffic-congested thoroughfare,” Shi intimated.
Today’s mouse users are using the 2.4G mouse. Now imagine all of us in the same street. If we opt to use the same highway (like Edsa) going to a particular destination, a traffic jam naturally follows. But, if we decide to use a wider avenue (like the Skyway), you can just imagine the speed in getting there. Get the picture?
Meanwhile, the wireless stereo headphones have amazing appearance designs; adopting the patent on-ear design, equipped with comfortable earmuffs for noise reduction. Used in a smartphone, tablet or laptop, it makes listening more free. With a maximum ten-hour runtime battery, it meets people’s requirements to enjoy high-quality sound reproduction at any given time. Music is therefore enjoyed anywhere, whether at home, out shopping or when traveling. And for the younger set, the foldable type is a preferred choice.
On the other hand, its small and stylish portable speaker systems support Bluetooth 2.1+DER, and can work in wired mode through the 3.5mm jack or work in wireless mode by Bluetooth that is compatible with almost all audio devices. The transmission distance is up to 10 meters during the wireless mode.
Each speaker is controlled by a touch button and comes with backlight function. A rechargeable lithium battery of high performance is built in; greatly reducing its weight. 5G Rapoo products are fast, are highly affordable, like the rest in other product lines, and truly delivers the features in any of its product series.
While the company’s assembly line is manned by people, its production lines use fully-automated robots. “Robotics manufacturing creates a stable costing paradigm. We will soon come up with products more attuned with the Windows 8 platform. These include wireless touch pads, zone touch mouse, touchpad keyboards as well as charging keyboards with touchpads, home entertainment headphones, Bluetooth portable speakers, and the raTV handsets, to name a few,” Shi disclosed at the end of a mid-afternoon confab.
Rapoo was founded in Shenzhen by then 23-year-old Michael Tsang, initially, as an original design manufacturer (ODM) provider in Sept. 2002. Five years later, it formally introduced Rapoo as a brand and trade name. By December 2008, the label skyrocketed to the Top 3 companies lording over the market share in mainland China. By 2011, it opened its shareholdings and went public through IPOs.
From a mere .8 percent market share in 2007, Rapoo has achieved in leaps and bounds by charting a growth 21 times in 2012, cornering 16.8 percent of the total market, and sharing the limelight with giants like Logitech and Microsoft.
And in celebration of its first decade in the IT industry, Rapoo has built the world’s biggest wireless product plant as an answer to its burgeoning market share all over Europe, the Philippines and the rest of Asia Pacific. For more information, simply log-on to their Web site, www.rapoo.com.