Summer continues to sizzle as Slimmers World International launches the season’s most anticipated bodacious search with Miss Bikini Philippines 2013. The contestants’ body types come in all sizes and forms; from the waif to the well-proportioned and all else in between: skinny, svelte, shapely, curvaceous, voluptuous, and buxom.
Now on its 6th year, the contest promises a more exciting installment in the annual series as 34 ladies from the different centers across the archipelago vie for the title. Four aspirants represent the main branch, Adriatico. Three delegates each represent the centers of Alabang, Pasig, Binondo, Caloocan, SM Megamall and Legaspi City. While two entrants hail from the branches in Subic, Pasay Road, Trafalgar Square, Greenhills, North Edsa, and Cebu City.
For the past fortnight, the candidates have been making the pasarela rounds; engaging in the creative posing and long gown competition. In the segment on the body shape routine, all the girls gamely sashayed before the spectators in their scanty two-piece bikinis, with some of them employing props as part of their presentation – the ribbon (of rhythmic gymnastics), folded cords, a pair of fan, and high-backed chairs. Even the girls’ gait varied greatly: from the learned, poised and skilled, to the clumsy and downright awkward.
Aside from the press presentation at the Diamond Hotel ballroom and poolside, the girls also made appearances in several media outfits and malls, as well as a courtesy visit to Malacanang Palace and other local government offices.
Entrants outside of Metro Manila made a good showing during the pre-pageant swimwear parade and Q & A while belles from the metro held their own in the long gown competition.
The grand winner will go home with P500K in cash and prizes while her two runners-up will each receive P150K in cash and prizes. The titleholder will compete in the Miss Bikini Int’l pageant that will be held in mainland China in two months time.
Among the members of the pre-pageant panel of judges were multi-awarded fashion designer Frederick Peralta and Bb. Pilipinas Universe ’85 Joyce Ann Burton.
In celebration of its 35th anniversary in advocating a healthy and fit lifestyle, the biggest bikini pageant unfolds on Thurs night, April 35th, 7 pm at the SM Mall of Asia Arena. To be hosted by Paolo Bediones and Issa Litton, the coronation night will be aired over Studio 23 on May 17th at 10:30 in the evening.
For more information, simply visit their web site, www.missbikiniphilippines.com.ph and/or call their hotline numbers 536-3333; 525-8771 and mobile # 091-SLIMMERS. 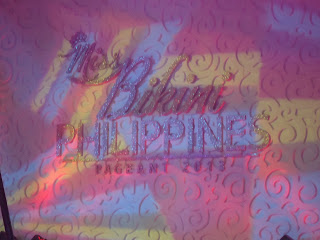 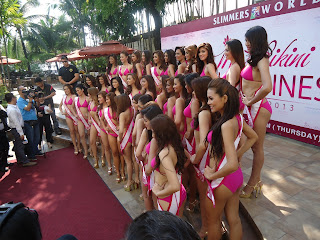 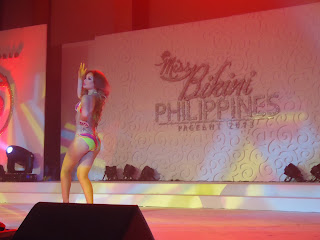 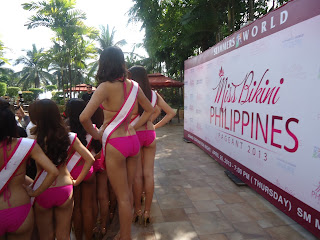 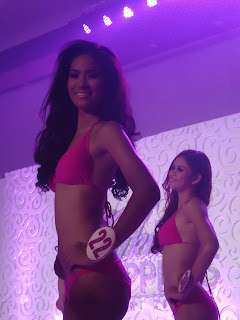 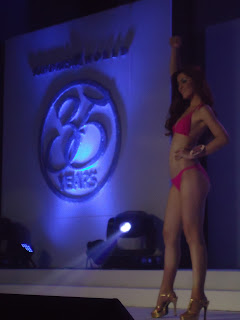 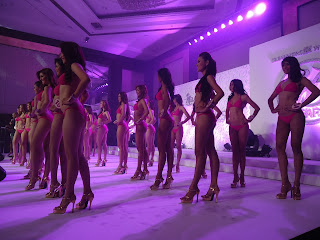 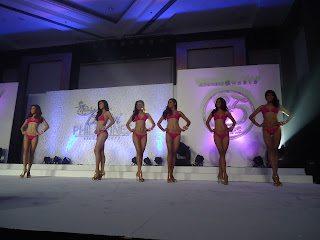 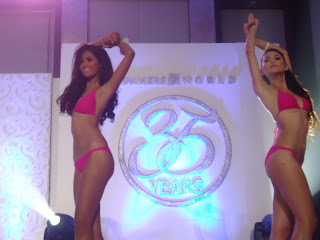 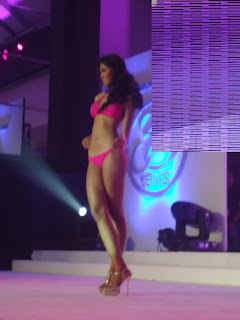 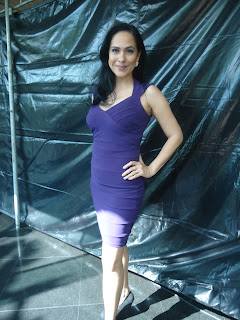