MYX veejay and 'Misibis Bay' star Megan Young bested 24 other aspirants to emerge as the third winner of the Miss World Philippines’ (MWP) search under the CQ Global Quest franchise, at the close of the pageant’s rites inside the grand ballroom of the Solaire Resort & Casino in Pasay City. Prior to CQGQ, the local Miss World tilt was part of the BinibiningPilipinas Charities Inc. (BPCI) annual pageant titles.
“I’m so happy that I’ve won. Now, I’ll be busy preparing for the Miss World pageant that unfolds next month. A lot of people convinced me to join before, but this time it was my decision to compete. Winning the crown is my way of giving back to others,” declared the Olongapo City delegate minutes after being crowned the new Miss World Philippines.
As part of winning the MWP title, Megan was also accorded the honors of being named Miss Solaire and Miss Slimmers World by corporate sponsors. An early favorite, she also bagged the Best in Fashion Runway, Miss Sports by FILA, Miss Reticin, Miss Olay, Miss Laguna, Miss Revlon (Bold & Glamorous), Miss Figlia, and Miss Bench Body special corporate awards. Aside from the beautifully crafted trophy, she took home a whooping P250K in cash, P250K worth of jewelry, P250K worth of FILA products, and a year-long management contract with GMA-7 and the AOV Talent Management Agency.
The members of Megan’s royal court are Janicel Lubina (1stPrincess), Zara Bianca Saldua (2nd Princess), Ma. Bianca Paula Paz (3rd Princess) and Omarie Lim Osunna (4th Princess). Aside from Osunna, all the other runners-up were recipients of special awards. Lubina won as Best in Swimsuit and Miss Photogenic; Saldua was proclaimed Miss Friendship and Miss Pantene; and Paz was named Miss Redoxfat.
Ma. Bianca Paula Paz’s ecru gown of fabulously concocted cut-outs won for the second-timer the Best in Long Gown award. The delegate from Nueva Ecija won this same award when she first joined in 2011. She also landed in the exact same spot as 3rd Princess in both pageants!
The runners-up received cash prizes of P150,000; P100,000; 75,000 and P50,000 in descending order, plus price packages from corporate sponsors. The other special award recipients were Patricia Ejercitado, who was named Miss Novuhair, and Samantha Mae Bernardo, who was adjudged Miss Talent.
Saldua was the only entrant to wear a monokini in the swimwear segment due to her Moslem faith. All the other girls wore identical FILA bikinis. She’s the first Mohammedan to have landed in the pageant’s Circle of Five in its 3-year history.
The competition opened with the candidates dancing with reigning Miss World Philippines Queenrich Rehman as she sang JLo’s “Live It Up,” after which the contestants introduced themselves wearing identical apparel with uneven hemlines. The beautiful dresses were beautifully designed by Arnold Galang.
Towards the close of the evening, the five finalists where asked a common question by reigning Miss World Wenxia Yu, “Why do you want to be Miss World Philippines?” All the girls gave their responses but it was Megan’s straightforward reply that met the most thunderous applause. She said, “To be Miss World Philippines is to be selfless. And to be selfless, you need a heart. You have to pour your heart and soul unto others; which is the very credo of Miss World Philippines – beauty in giving!”
For a time, the local Miss World pageant was one of the contested titles in the Binibining Pilipinas annual competition. There was also a time that it became part of the Mutya ng Pilipinas crowns. After Miss World chairman Julia Morley granted the franchise to Ms. Cory Quirino last January 2011, the pageant has found a new home.
The panel of judges was comprised of TV executive Joey Abacan, recording artist Jezza Zaragosa, philanthropist Alice Eduardo, FILA Phils.’ exec Chris Albert, actor Dennis Trillo, talent manager Arnold Vegafria, company executives Kenneth Chua (SM Accessories), Miguel Pastor (Bench), and Clint Navales (Procter & Gamble), ambassadors Reuben Levermore (New Zealand), Alberto Carlos Ballerino (Panama), and Massimo Roscignio (Italy), and Laguna governor, Hon. E.R. Ejercito as chairman.
Megan was crowned by outgoing Miss World Philippines Queenrich Rehman together with Cory Quirino and Gov. Ejercito at the culmination of the coronationrites. Hosted by KC Montero, Carla Abellana and Victor Basa, with anchorwomen Divine Lee and Gwen Ruais, the 3-hour-long extravaganza was beamed through a taped telecast from the Solaire Grand Ballroom to a nationwide audience via GMA’s Rainbow network.


Megan will be leaving soon for Jakarta where she’ll compete with other international beauties in the Miss World pageant slated in late September. 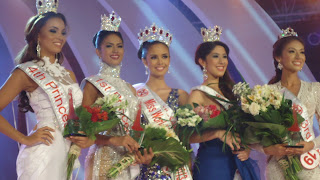 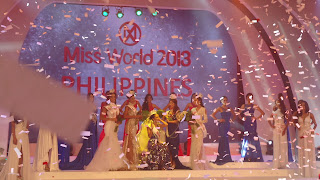 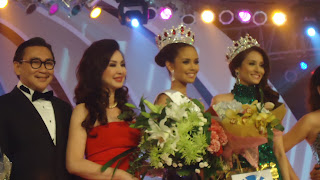 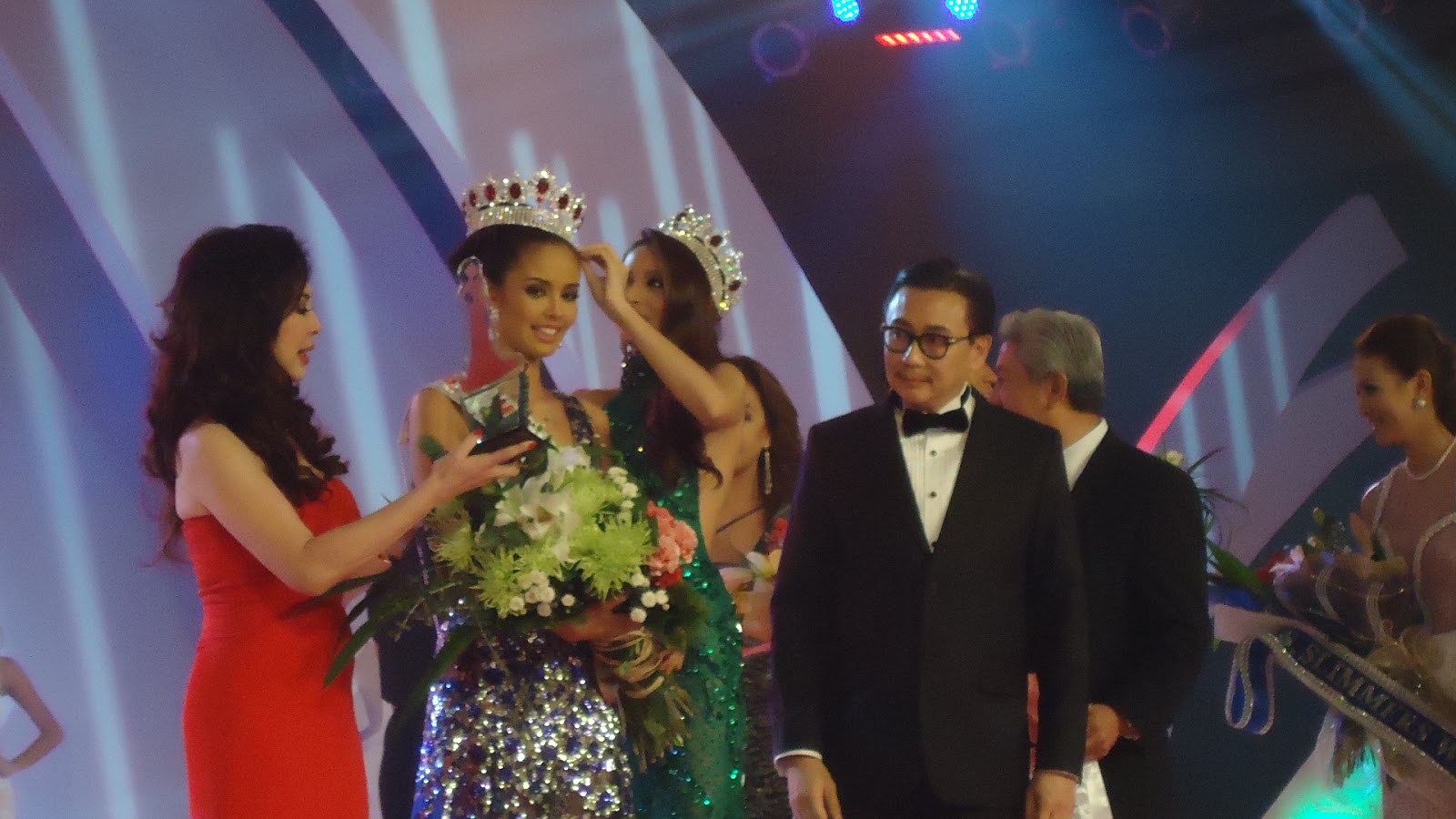 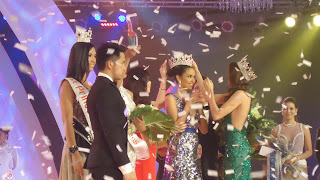 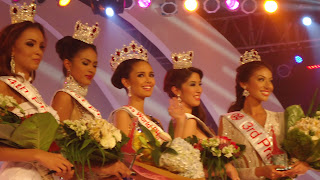 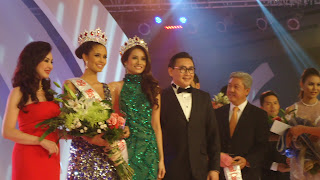 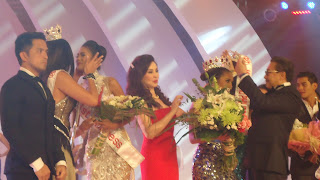 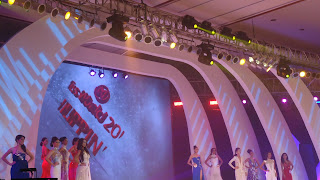 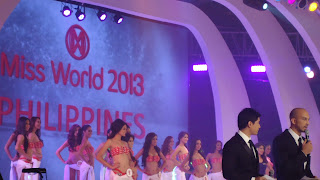 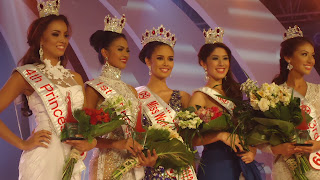 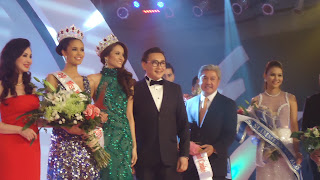 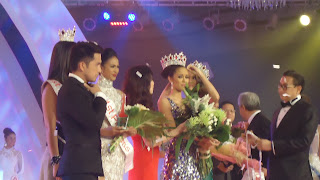 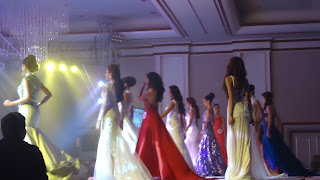 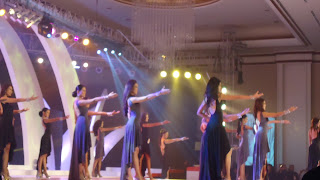