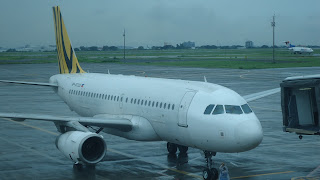 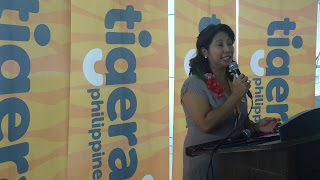 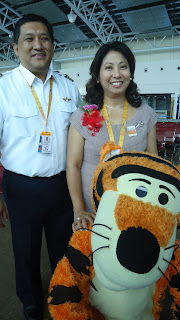 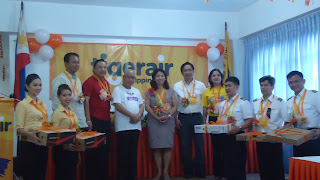 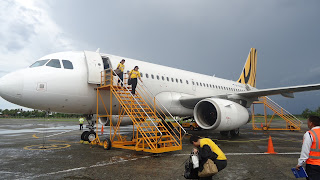 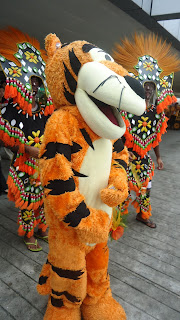 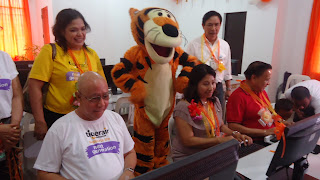 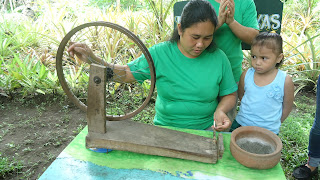 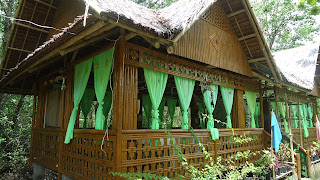 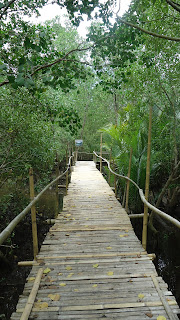 Asia-Pacific’s leading value-for-money airline, Tiger Air, ushered in its official entry into the Philippine skies with the launch of its Tiger Air Philippines maiden voyage to Aklan recently. “We’ve opened the direct flight route from Boracay to Singapore last July 18. Singaporeans love Boracay. In fact, it’s a hub for most Asians like the Koreans. It has become a must-see destination!
“The Manila airports are congested. Before, travelers need to pass Manila before flying to Aklan. Now they go directly to Kalibo from most Asian destinations. We decided to kick-off our maiden voyage here in Pampanga because Tiger Air started its operations in Clark when it flew its first flight to Singapore in 2004. So now, we come full circle with a flight from the Lion City en route to Kalibo,” shared the amiable president and chief executive of Tiger Air, Olive Ramos.
Tiger Air Philippines aims to be the leading airline and travel partner connecting Filipinos to the rest of the country and across the Asia-Pacific region. As a company, it believes that travelers should get the best value by offering excellent service for a great purchase. It is committed to bringing the customers its brand of friendly, high-quality and excellent standards of safety, security and reliability.
“We have the youngest fleet of planes with very reliable engines. We have bigger leg rooms, which makes a lot of difference for longer flights. The ‘safety first’ credo is imbibed by both our qualified flight and cabin crew.
“At present, we have three brand-new Airbus 320s that seats 180, and two equally new Airbus 319s that seats 144 passengers comfortably. We will be acquiring 25 more planes in the next five years. What’s more, our passengers can easily avail of our Tiger Transfer services for only P500 and will be delivered safely to the doorstep of their hotel, right after embarking. It cuts the time of procuring several services from conveyances where you end up paying for more,” informed VP for operations Capt. Bert Yap.

Corporate value
The Western Visayas city of Kalibo was the first to experience the airline’s unique mix of fun and top-caliber service with activities highlighted by its CSR program for the benefit of Garcia College of Technology’s (GCT) IT department.
Company president and CEO Olive Ramos personally led the rites where scholarships were awarded to the college’s deserving students, as well as tech gadgets for the college’s computer laboratory. The carrier’s pilots also conducted pocket seminars on airline operations and shared with GCT Engineering students their experiences on how to fly an aircraft.
“Part of our philosophy as a company is to be people-focused. What better way to show that than to be connected with the community of one of our prime destinations. This is our way of bringing the Tiger Air experience to Kalibo. We’re very excited to conduct this program.
“Tiger Air Philippines supports the next generation! Education is the molder of our youth. We chose GCT to be the recipient of our scholarship grants and 20 desktop terminals so we help in speeding up the advancement of technological education in Kalibo. If we build the future now, then we look out for the next generation, our youth!
“We value excellence and the foundation of that is education. GTC is one of the best schools in Kalibo and we want to support the Engineering department of this institution. Who knows? One of them might fly our planes in the near future,” Ramos continued.

Rise of consumerism
Not known to many, Kalibo is the source for the pinya (pineapple silk) industry of the province. Considered the ‘Queen of Philippine fabrics,’ the pinya fabric is exported to many parts of the globe including North America and Europe.
“In the service industry, you need to take care of your clients. Eventually, they’ll bring back business to you through loyal patronage. Consumers have become younger and they’re empowered with sound decisions from very informed choices. The Philippines is a growing population and the fastest growing sector is the middle class. There’s still growth for the call centers in the next 20 years,” elucidated Ramos, on the factors having a direct impact on consumerism today.
Other places to visit in Kalibo include the town’s repository of history and heritage, Museo it Akean (Aklan Museum) and the Bakhawan Eco-Park, dubbed “The Philippines most successful mangrove reforestation project.”
“Tiger Air Philippines was formerly known as Sea Air, a local brand. Tiger Air Philippines is more of a regional brand that’s why we opted to change our trade name. We also launched another international flight out of Kalibo that’s bound for Hong Kong very recently. After Kalibo and Cebu, we’ll have Manila and Mindanao connections and more international routes to service,” she added.

Travelers’ hub
Kalibo is a choice tourist destination for travelers seeking to see more of the country. It is best known for the Ati-Atihan, the country’s oldest festival, celebrated every mid-January.
It is also a popular tourist getaway for travels to the island of Boracay, which recently captured the No. 1 spot in the “Best Beaches in Asia 2013” survey conducted by TripAdvisor. Boracay’s Puka Beach recently copped a spot in CNN’s top 100 beaches in the world.
Tiger Air Philippines flies twice to Kalibo daily from Clark and twice daily from Manila to Kalibo. Aklan is one of the destinations serviced by the carrier along with international routes like Singapore, Bangkok and Hong Kong. The airline also launched a route between Cebu and Singapore, making it one of the first carriers to fly the connection.
“Tiger Air is a dominant airline in Southeast Asia. We are agile, fierce and beautiful. Once you’ve tried us, you’ll never want to ride another. We believe in safety first, teamwork, respect for others, in integrity, passion, efficiency and social responsiveness,” Ramos intoned.
As Southeast Asia’s most trusted budget carrier, the people behind Tiger Air believes that the travel experience begins at the airport, and as such, strives to make it as seamless as possible with an efficient check-in process and minimal delays.
The airline is always pushing the boundaries in low-cost travel with its high-performance standards. It has won several awards like ‘Best In-Flight Meals’ in the low-cost airline category at the Asia Pacific Airline Food Awards 2012, as well as ‘Low-Cost Airline of the Year’ at the CAPA’s Aviation Awards for Excellence in 2010.
“We create our universe by the words that we speak!” enthused Ramos, at the close of her colloquy with media-men.