The fast-pace of modern living has brought with it the ease of getting everything, especially food – instant food at that! The burgeoning and thriving fast food businesses, may it be on ambulant kiosks or casual dining outlets, have thrown caution and the proverbial “moderation” in eating unto the wind.
This reaction to a hurried lifestyle, coupled with sedentary living, has also brought a number of lifestyle-related ailments and conditions; chief of which is obesity.
One thing remains certain, with unchecked dietary patterns, all of us will be affected by obesity, in varying degrees, at some stages in our lives. According to the Food & Nutrition Research Institute, the prevalence of obesity in women (ages 35-60 years old) on a local scale is 6.1 per cent; an alarming rate, considering that obesity can spiral into diabetes.
14 per cent of Filipinos, ages 20 and above, are on the road to becoming overweight; with 2.5 per cent of this number being obese.
We can actually do something about obesity before it becomes severe and spiral into other complications.
“It used to be that doctors were the only persons who have a say in prescribing oral treatment(s) to patients. The Generics Act intervention has, however, created an ally with consumers as it empowered them to now choose on the most cost-effective measures available in the market,” shared senior brand manager Noel Santos.
The good news is, with the advent of science & technology, heavy-set persons can now do something about their weight problems through daily doses of Lesofat. “Efficacy and pricing factors are our strongest selling points. You can save a substantial 20 per cent in monetary value when compared to the leading brand,” he added.
Known clinically with its generic name Orlistat, Lesofat is a scientifically-proven and clinically-tested product. Proven to be non-systemic, it has no known adverse effects aside from gastrointestinal disturbances in sensitive bellies) and none has been reported thus far.
“Lesofat’s superior pellet technology distributes evenly on the stomach walls. This action binds the gastric lipase and thus inhibiting breakdown and fat absorption. You don’t get fat because your excess food goes down to your bowels. This also becomes synergistic with Metformin, a drug for curbing diabetes. A three-week intake of 120 mg thrice daily for three weeks will give patients dramatic results,” Santos explained.
This new wonder drug was introduced to the market in 2007, one of the very few home-grown brands that have successfully captured a corner of its targeted segment.
However, for Lesofat to really work, it is highly advised that it be taken in conjunction with a moderate diet and regular exercise. Contrary to popular belief, obesity can actually be controlled by a balanced dietary intake as well as by a regular exercise regimen. Exercise helps in cutting the body’s stored fat without making one suffering too much side effects as compared to having invasive treatments like liposuction.
“As a word of advice, take your essential vitamins (like Vits A, B-complex, E, and C) before taking Lesofat so that the anti-oxidizing properties will have been introduced to your system already, before the dosage flushes everything out!” Santos emphasized.
Lesofat, known in layman’s terms as fat burners and/or fat eliminators, brings down a person’s weight to desirable levels; with a proven fat absorption rate of 37 per cent; preventing fat from being accumulated by the body and excreted the natural way, thereby reducing instances of diabetes by 37 per cent. “As part of our continuing innovation, the company will unveil, very soon, the Life Cycle Management (LCM) program wherein the market will be introduced to a wider range of Lesofat products – both for external and internal use.
“In 2014, we will launch a mentorship program known as the Lesofat Academy, wherein pre-selected sales agents undergo coaching session with qualified doctors to broaden their understanding on the key points of our on-going wellness campaign. Right now, we are sponsoring employees of ABS-CBN and San Miguel Corp. who are having weight problems,” concluded the very informative brand executive.


Developed by Innogen Pharmaceuticals Inc., this revolutionary product is distributed nationwide and readily available at all leading drugstores and pharmacies. 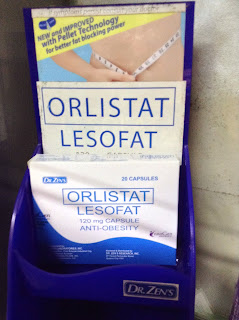 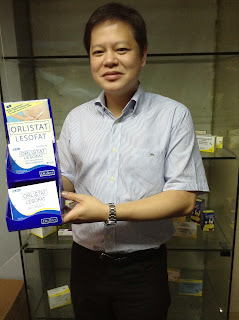