Thirteen of the 37 entries in the third edition of the annual Sorok Short Film Festival were chosen as finalists, including the five that took home awards and accolades. The short film entries were filled with inspiring stories about OFWs and their odyssey. 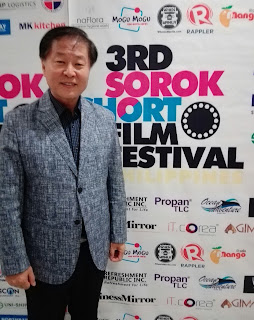 From 20 entries in the first year, the entries have nearly doubled in the third year. The theme of the competition was "OFW Lakbay Puso."

"There are 11-million OFWs so it was only fitting that the theme of the competition was about them. There's not many places that recognize young filmmakers making shorts. That's why this film festival was born; to encourage young filmmakers to help their country and produce noteworthy works," shared Sorok Uni Foundation CEO Jae Jang. 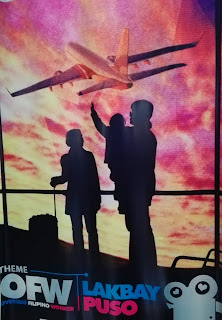 "We have reorganized the filmfest to showcase the Filipino as filmmaker, encouraging young minds to harness their skills to bring about changes for their future. The choice of the eight entries in the recently-concluded MMFF over other box-office formulas was a game changer and we take their lead. Change is coming to the local film industry, especially a change in the mind set of both film producers and movie audiences.

"Our OFW kababayans go the extra mile for their loved ones. They are forced to leave family behind for greener pastures. They are our modern day heroes. Their efforts are much like that of Gat Andres Bonifacio who led the revolution to free us from colonial rule. The $30-billion annual remittance has kept our country afloat," intoned festival director Atty. Raul R. Corro.

Created in 1992, the Sorok Uni Foundation is a humanitarian organization that works for social and economic inclusion of homeless urban poor and abandoned leprosy-affected individuals and families in the Philippines.

"Helping those with leprosy and their families as well as street people has been our advocacy for almost 25 years now. Our support includes their education and well-being. I hope more young filmmakers will join the filmfest next year," Jang added, during the culmination of the awarding ceremonies at the RCBC Plaza.

The foundation aims to build sustainable communities for all the homeless, abandoned, and forgotten individuals and families who suffer due to the disease, social stigma, and the lowest level of poverty. It envisions the sustainability of not only the communities and individuals but more importantly of helping people in need. It also hopes to lead the way towards their emancipation from poverty and suffering so that in the future, they themselves could also pave the way towards the independence and poverty alleviation of others similarly situated.