Food as catalyst for change
By Earl D.C. Bracamonte 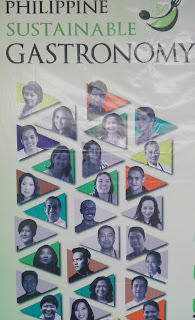 With this in mind, the World Food Expo (WOFEX), an international exhibition on worldwide food and beverages, technologies, as well as machineries, continues its annual advocacy to address concerns related to food production. With the most comprehensive line-up of F&B products and services, this year's event is touted as the 'ultimate food show experience,' and with good reason. 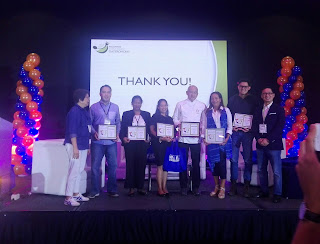 "The 'Feed the Planet' campaign started in 2014. Back then, there were just two to three tables here. This is our fifth year on the slow food advocacy and there are a lot of younger people this time around. So we've got hope," intimated event organizer and proponent Chit Juan.

Drought, desertification, inundation, sea-level rises, and oceanic pollution put our food at risk the world over. We are about food as a delicious solution - not only as a sumptuous one - and also as a tool to combat the onslaught of climate's changes.

"This advocacy is shared by like-minded people who believe in this platform. Everrything is not about profit, per see, but rather for the betterment of generations to come," stressed out social entrepreneur and event moderator Jen Villoria. 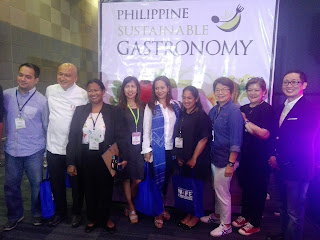 It is hoped these bite-sized conversations do create impactful changes, one mouthful at a time!

"We are living in an archipelago so refrigeration is an essential investment. Everything's stopped right at the dock, oftentimes. We must support the boatmen with the tools they need for them to bring the farm produce and/or fresh catch to the other side of the line," advised Chef Anthony at the close of the PSG colloquium.

To play a major role in achieving sustainable development goals by promoting agricultural development, food security, nutrition, sustainable food production, and the conservation of biodiversity, the Philippines Sustainable Gastronomy tackled the most relevant issues through a number of colloquia. 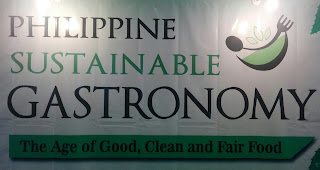 The successfully concluded three-day event that unfolded at the SMX Convention Center and the World Trade Center, also featured scheduled assemblages for the Kitchen Theater, the World Food Summit, the WOFEX University, the Hotel Summit & Expo, and the Philippine Culinary Cup.