Celebrating the centennial of Philippine cinema, veteran actors as well as the new breed of artists gathered together at the Pylon Awards night to honor the best and brightest from the 6th QCinema International Film Festival at the Monet Ballroom in Araneta Center's Novotel Hotel. 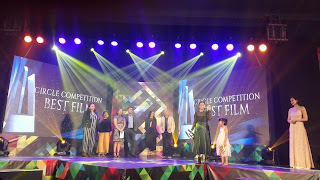 "Tonight is all about winning. QCinema infuses fresh, young blood into the industry; ready for the next 100 years. We encourage new talents to come up with fresh ideas to keep the flame burning.

"Big organizers now consider QCinema as part of the international festival circuit. It is the gateway for budding Pinoy filmmakers to the world. This is my last QCinema and I pass my reins to my successor, Gian Sotto," declared vice-mayor Joy Belmonte, outgoing co-chairperson of the  QCinemaInt'l Filmfest. 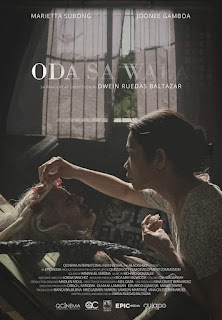 Oda sa Wala was the night's big winner; romping off with four major awards including Festival Best Film. Dwein Baltazar's movie on necrophilia also won the Best Artistic Achievement for Neil Daza, Best Actress honors for Marietta Subong (aka Pokwang), and both Best Screenplay and Best Director for herself.

Melding seamlessly the mundane and macabre, Oda sa Wala follows how Sonya (Pokwang) gets drawn to a Jane Doe cadaver; reinvigorating not only her life but also that of her father. Pokwang plays the spinster Sonya who is stuck in a town that has long ceased to recognize her existence until a mysterious corpse arrives at their family-owned funeral parlour.

As the festival's top winner, Oda sa Wala received P300,000 in cash and a P500,000 post production package.
from a corporate sponsor. 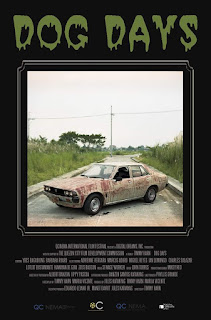 Dog Days treks down the dark path where crytal meth and blood magic intersect, ultimately testing a person's capability, Michael Jordan Ulili (Ybes Bagadiong) to sustain life that he doesn't know what to do with. 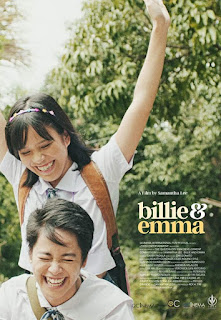 Set in the '90s, Billie and Emma explores the fleeting nature of love and life on this journey of growth, laughter, and music. The film received P50,000 in prize money. 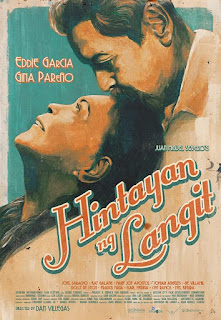 Hintayan ng Langit is the comedic tale on the after life with two former lovers. The woman, Lisang (Gina Pareño) is an overstaying purgatory inmate scheduled to crossover on the day when her ex-lover Manolo (Eddie Garcia) arrives to take her waiting room. Garcia's character in the movie won for the octogenarian actor the Best Actor distinction.

"I'm so proud to be part of the country's film centennial and hopes to be part of the next years to come. This Pylon is an addition to the 37 or so awards that I have received in my 69 years in showbusiness. This festival is going a long way," enthused Garcia. 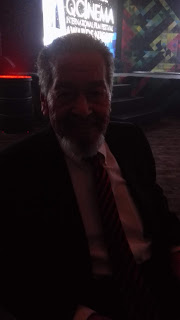 The Brazilian movie from filmmakers Marcio Reolon and Filipe Matzembacher, Hard Paint, which dissects the zeitgeist of today's generation - especially on how young people live their lives on the edge - won the Special Jury Prize in the RainbowQC category.

Christophe Honore's hopeful depiction of an era through the bittersweet and unexpected relationship of characters on the road of rediscovery in his film Sorry Angel was chosen by jurors Park Sung Ho, Jay Altarejos, and Paolo Villaluna as RainbowQC's Best Film. The French movie received a cash prize of US$2,000. 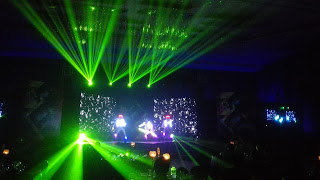 Indonesia's entry, 'The Seen and Unseen,' which presents a haunting and arresting tone on its portrayal of loss won the Jury Prize in the Asian Next Wave category.
Kamila Anidini's grandiosity of scope is captured through the eyes of a young girl seeking out imaginative ways to cope with the death of her twin brother.

A Land Imagined, a fresh take on migrant labor practices, was picked out by jurors Bianca Balbuena-Yu, Dr. Anne Demy-Geroe, and Paolo Villaluna as Best Film and received a cash prize of US$2,000. The Singaporean entry from Yeo Siew Hua follows a police investigator on the trail of finding a missing Chinese construction worker. 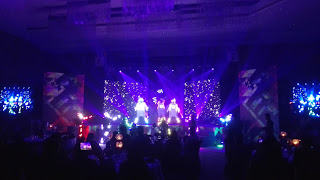 With a special entertainment number from alternative rock artist Kitchie Nadal, the two-hour affair was beautifully hosted by Issa Litton.

"Film festivals like QCinema have the intention to empower filmmakers. It creates a conducive space to show the best versions of their films. Thus, it helps in shaping the future of Philippine cinema.

"It also affords knowledge and insights to access international co-production opportunities. The next 100 years is filled with empowered filmmakers who will find audiences beyond the Philippine shores. We are feeling the convergence and cooperation of different stakeholders," intoned Mary Liza Dino, chairperson of the Film Development Council of the Philippines, a partner agency of QCinema. 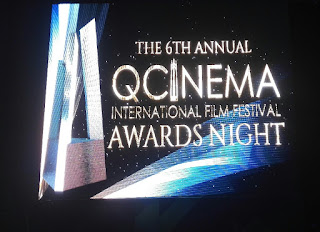 The ten-day festival will close with the US film 'Piercing,' Nicolas Pesce's black comedy about a perfectly-planned murder that takes a sudden twist on October 30th.