At once unnerving and heartfelt, Jake Zyrus' book, "I Am Jake," reveals untold stories and suppressed memories about his past. Here is a chronicle of him in his brightest and darkest times: his joys and his sorrows; a gripping discovery that unearths the truths on things we thought we knew about him. In this intimate account of his life thus far, Jake narrates the pain of his turbulent childhood, the dizzying heights he achieved in Hollywood, his fall from grace, and his rebirth. He delves into every aspect of his life and inspires with his indomitable spirit in this tell-all story of becoming. 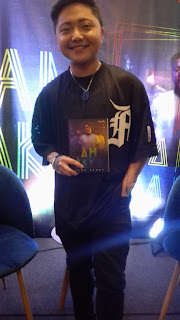 "I was done living my life for others. It was time to choose what was best for me. My pet peeve is when people admonish me and then quote a Bible verse at the end of it.

"Before my transition, it was always a challenge to fit into the image needed for Charice's persona. It was to be more than all the pop stars like Selena Gomez and Demi Lovato. It was all about fitting in. To be accepted by people.

"The public should re-evaluate their perspective of the LGBTQIA+ community. We are more than just a label. If not acceptance and understanding, then respect. People must understand that we are the same human beings as they are," intoned the new transman.

Charice Pempengco was poised to become the world's next global pop star, but she turned her back on the offer of fame and wealth to become true to himself. Singing alongside icons like Celine Dion and Andrea Bocelli, Charice made international stadiums explode with her phenomenal range. She rose to heights no Filipino has ever reached before, and was on the brink of dominating the world stage with influential allies staunchly behind her. She was dubbed " the most talented little girl in the world" by Oprah Winfrey. Music legend David Foster, despite rejecting her the first time they met, once described her as "a dynamo from the Philippines." 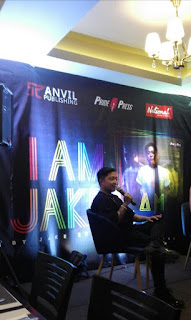 But the girl in the spotlight had a much more important dream; a dream that was worth giving all that up for by becoming true to himself. With extraordinary courage, the singer went against all odds to be who he was meant to be all along: Jake Zyrus!

"I want to share the similarity of our lives. We can't predict the future, but we can control its outcome. I wanted to tell my story long before. It's just that my management team wanted me to put across the image of a princess in a fairy tale.

"We make a lot of things but most of them don't make us happy, up until you decide solely for yourself. If you love yourself, everything else follows. After the transition, everything made sense.

"I am more patient now. And braver and bolder. Real in everything, especially on my perspective in life. Don't delve on the maybes. Am still working on my 'bad' attitudes, like being a 'people pleaser' and being moody at times, though to a lesser degree now," shared Jake.

"Touching. Vivid. Heartfelt. Here, for the first time, is a deeply personal account of Jake Zyrus' ordeals with abuse, poverty, and gender discrimination. But more than a tale of struggle, it is ultimately one person's inspiring, continuing journey to solve the greatest mystery in life: the question of who we really are," opined Sen. Risa Hontiveros, who championed the Sexual Orientation and Gender Identity Expression (SOGIE) Equality Bill.

Jake's transition continues. He is unstoppable.

"There isn't a false note in Jake Zyrus' telling of his story, an epic of survival and metamorphosis that stays clear of self-pity but doesn't shrink from a full accounting of beatings and scars. Above all, and underneath the jaw-dropping, heart-wrenching revelations, there is wit; the kind that will save you from being totally ravaged by awful things like fame, money, and people," observed screenwriter/producer Moira Lang.

"I Am Jake" has been available online for only Php295 via www.anvilpublishing.com, as well as a paperback edition at National Book Store and Powerbooks since October 2018.

"Pride Press is the voice for Pinoys who have been marginalized for gender. We began with "Don't Tell Anyone" that went to second printing. Jake's book is our biggest title, to date. It's our first book by a transman and his transition, reliving painful moments of his life. It is about life overcoming adversity. This is our advocacy for respect," enthused Anvil's general manager Andrea Passion-Flores. 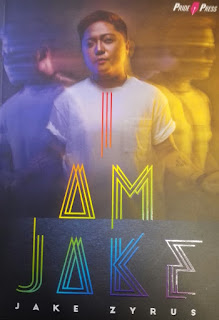