Filipino tourists are encouraged to visit Taipei again and try something they have never experienced before. "The main purpose of the #UndiscoveredTaipei campaign is not just about the main attractions but also other places where Filipinos have never been to before. There are lots of similarities between the Taiwanese and Filipino cultures.

"There are basically three things that visitors need to do: Eat street food, like our stinky tofu; try the hot springs; and visit the temples. Destinations have been ranked from one to ten and visiting the lower-ranked destinations like the old market and old streets will make them more popular," invited Commissioner Yi-ting Liu of the city's Department of Information and Tourism (DIT). 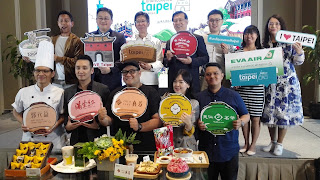 According to a statistics report by the Tourism Bureau under Taipei's Ministry of Transportation and Communications, the number of visitors from the Philippines in 2018 grew by 44 per cent from the numbers in 2017, the highest growth among other Southeast Asian countries.

"Records showed that in 2018, there were 419,105 Philippine tourists who visited Taiwan. Our target is to increase that number to more than 500 thousand this year. The arrivals represented visitors on tour, on business, and those on leisure and pleasure. Of the tourist arrivals in Taiwan, 91 per cent visit Taipei," informed the DIT commissioner. 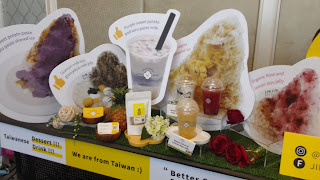 Catering to the preferences of Philippine visitors, online travel experience provider Klook comes up with an exclusive Taipei experience set, including the city's double-decker sightseeing bus, and the trendiest hotels like those that are highly inquired of by many Filipinos.

"Klook gives out smart deals. This is a good opportunity for partnership because Klook is how young people do travel," commented Liu. 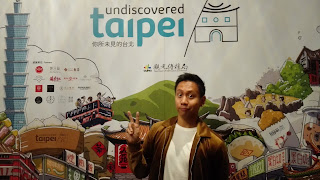 The promotion is a joint initiative between Taiwan's top airline, EVA Air, which give out promo fares through travel agencies and its own Web site. The airline also announced destinations having tie-ups with the Hello Kitty and Sanrio labels. For group travelers, EVA Air has collaborated with certain travel agencies to launch a super package that starts at US$217 per person (about NT$4,000), that's now available for sale in the Philippines. Other offers in limited quantities include a co-branded homemade soap gift box between Dachuns Soap and Taipei City, as well as a Taipei travel pass (an exclusive EasyCard or a 4-hour ticket on Taipei's double-decker sightseeing bus). This promotion aims to offer  Filipino visitors a super value experience from the moment they board the plane until they finish the entire journey. 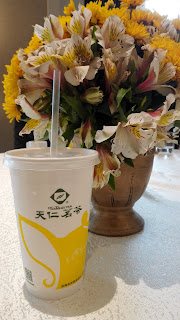 "The most interesting part is in the Beitou Hot Spring because there is a comfortable pool in the room. We also tasted tea served in a whisky glass at a hipster tea bar. Don't miss Taipei's spicy hotpot chain Mantanghung's Sichuan-styled beef dried noodle. It was, all in all, a relaxing experience full of surprises. Also, we had a great time filming in Yangmingshan. The flower beds of hydrangea, and Xiaoyukeng, a scenic part of the mountain, is absolutely stunning," shared campaign spokesperson Mikey Bustos.

"This is my fourth vacation to Taipei. The first time I was there was to perform during the Filipino Day. The hot springs are really amazing. Whether you're a backpacker, with a loved one, or with family and friends, there's always a part of Taiwan that caters to every traveler. If you're from the LGBTQIA community, Ximendeng is your place. There's a Love Monument near Taipei 101," enthused Mikey, who recently came out online.

Commissioner Yi-ting Liu said the decision to invite Mikey again, as their ambassador,  was based on the success of his song "My New Crushie," which set the record of a million views in major social network sites last year. Many netizens expressed their interest to see Mikey produce a new video, that has been granted by the said government agency.

"Taiwan is the first Asian country to have allowed same sex marriages. So when Mikey  came out recently it was plus points for us. The timing was good," intoned Comm. Liu.

Liu also shared about the consumer event at the Glorietta 2 Activity Center. Highlights of the mall event included the live performance of Mikey's new song "I Showed My Parents Taipei," food sampling, and fun games. The food stations featured Taipei's gourmet dishes and an interactive studio to view Taipei's landmarks and scenic spots; affording visitors a sneak peek of what to expect in Taipei.

"Now is the time to discover the parts of Taipei you haven't seen yet," declared Comm. Liu at the close of the mid-afternoon confab. 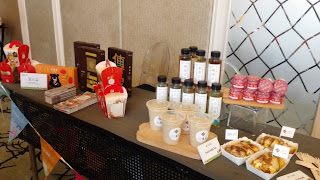