The Philippine Educational Theater Association (PETA), together with Love Yourself Inc. and The Red Whistle, join forces to promote HIV advocacy through the arts. From December 2019 through March 2020, PETA will be embarking on a creative campaign dubbed as "Acting on HIV." 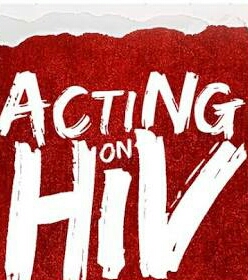 "We will always work with partners on the ground. PETA always seek them because of their rich experience in dealing with this sensitive issue. This work is very important since the Philippines has one of the highest rates in Asia.

"When there's stigma, prejudice is hard to break. We want to heal stigma in this campaign. Performers in the play are not merely actors but advocates like Cherry Pie Picache, Roselyn Perez, Miguel Almendras, Mike Liwag, Anthony Falcon, and many more," enthused PETA chairman C.B. Garrucho. 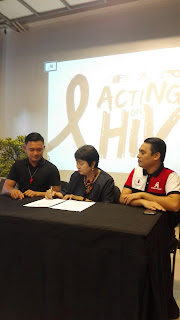 The said campaign will have a six-pronged component: State of the Art, a photo-exhibit in collaboration with Red Whistle featuring the Project Headshot Clinic; Sense & Sensibilities, a creative workshop on HIV-AIDS with youth leaders; Ready Set Connect, an online initiative that aims to create awareness and promote empathy and inclusion; Walk The Talk, HIV screening sessions made available to the audiences at the theater space; Breaking The Fourth Wall, a post-show talkback and dialogue on HIV-AIDS with HIV experts; and Under My Skin, an anthology drama written by Rody Vera to be directed by Melvin Lee.

As the 52nd Season theater finale, Under My Skin is a collection of modern day People Living with HIV (PLHIV) stories that will surely touch the hearts and minds of Filipino audiences. We will be introduced to a number of characters through Dr. Gemma Almonte, an epidemiologist at the Department of Health who is studying the spread of HIV in the Philippines. There's Dino, an HIV-positive teen whose status is discovered through a contraction of tuberculosis; then Mary Rose, a mother who unknowingly passed down the virus to her son after getting it from her husband; or the gay beauty parlor employee experiencing work-related discrimination, to name a few. As the rate of HIV-related cases progressively increase in the Philippines, Dr. Gemma's prediction of the future is bleak and her only hope is a change in public perception, an increase in compassion, and a society afflicted not with ignorance and prejudice, but with compassion and understanding. 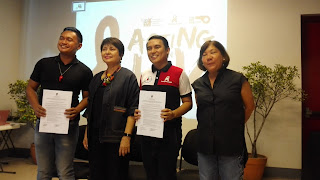 "In the past, PETA has been successful in tackling sensitive issues through theater. Since the early 2000s, we have been active in mobilizing and forging strategic partnerships to help further advocacy work. Like the film medium, we believe that theater can be another approach to HIV awareness and be an effective means of public engagement, introspection, and action.

"PETA is much into social issues. We are closing the season with something more serious - an immediate problem. We pursue this not just as a performance but as a campaign tool. There are 35 HIV cases per day now compared to merely two in 2009.

"Arts is the best place to say the message through a creative campaign. It is the deep-rooted bias that's killing people. There will be discussions after each play, a talk-back, to answer lingering questions; thereby promoting the protection of rights and dignity of persons," intoned artistic director Maribel Legarda. 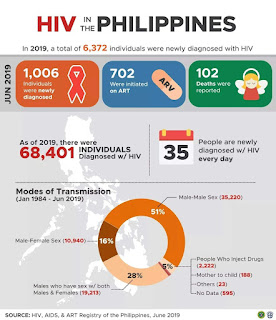 Love Yourself, Inc. is a volunteer-driven community-based non-profit organization that aims to nurture and empower one's self-worth, as it is a powerful determinant to an individual's quality of life and sexual health choices. The organization provides a wide range of HIV and sexually-transmitted infection related services, including education and prevention, testing and counseling, treatment and life-coaching, as well as transgender health services and light-to-moderate mental health initiatives.

"To stop this epidemic is to love yourself - dare, care, and share the educational campaign or component. We continue what we started in this partnership since staging "Normal Heart" a few years back.

"Another aspect of this partnership is massive screening. Our 'Know Your Status' event kicks off on November 23 in various locations across the country, from up north to down south. We will also produce an empowerment video that will create ripples of positive change within communities," apprised Dan Vic Rosadiño, volunteer for Love Yourself Inc.

The Red Whistle, on the other hand, is a collaboration platform for people to come together and show their support to those living with HIV and AIDS. It is also an agent and partner for brands to show their support to the HIV and AIDS advocacy. As advocates, The Red Whistle aims to empower and inspire people to come together and help each other in the battle against HIV and AIDS. By using pop culture as a way to change mindsets, it hopes to start discussions among the youth so they will sound the alarm and spread the word that HIV is here and that it must be stopped.

"Theater has the ability to move people to understand the issue more. We need to shift perspectives around HIV-related stigma and change attitudes toward our sexual health. If we want to change people's mindsets, we need to tug on their heartstrings first. This is why the arts is an important and necessary component, not just for awareness and education, but also for behavioral change in the HIV advocacy.

"Without a change in heart, there will be no change in behavior. In 2006, we partnered with photographer Niccolo Cosme in the Project Headshot Clinic. A profile picture on social media is a good place to start a conversation. When our lights intersect, we break the stigma. We will launch this project on the midnight of December 1st," expounded Benedict Bernabe, Red Whistle president. 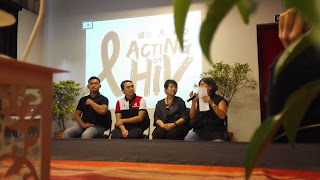 PETA believes that by using theater as a medium, Under My Skin and other advocacy-oriented activities can become effective platforms for probing, colloquy, and coming together of various HIV-AIDS experts, advocates, and the public. In the past, PETA has been successful in tackling sensitive topics through theater and the arts. It is through this safe space that they aim to humanize the HIV-AIDS issue that has long become 'taboo' in our society.

The true culprit of the worsening cases of HIV in the Philippines is not the virus itself, but the lack of understanding and the stigma revolving around the issue.

Under My Skin will run for 36 shows from Feb. 7 to March 15, 2020 at the PETA-Phinma Theater but will be launched earlier on December 2019, in time for the World AIDS Day celebration. For inquiries, simply get in touch with the PETA Theater Center through tel. no. 725-6244 or via email at petatheater@gmail.com.
Labels: advocacy aids big DoH love yourself PETA project headshot red whistle screening