Glenn Barit's entry, "Cleaners," about different students from a high school cleaners group each dealing with varying pressure of being clean and pure while also slowly discovering that the world is dirty and superficial to begin with, won the Asian New Wave (ANW) Best Film distinction at the close of this year's Pylon Awards held very recently at the Novotel Ballroom in Araneta City. 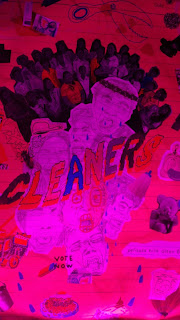 One of three Philippine entries in the festival's main category, the film utilized, mostly, provincial actors from Tuguegarao in the Cagayan Valley Region. In his speech, Barit related the struggle his production encountered in finishing the film; including rejection from producers they sought help from.

"Cleaners" also won the ANW Audience Choice Award, as well as Best Screenplay for Barit himself. In toto, the film received around US$ 7,000 in cash, as part of its prize, including the beautifully sculpted new trophy by Ferdie Cacnio.

The China/Taiwan co-produced entry "Suburban Birds" won the NETPAC Jury Prize, and received US$ 3,000. Sheng Qiu relates a story through young engineer Hao, who walks into an abandoned primary school where he finds a diary chronicling the story of a boy and the separation of what seems to be an intimate peer group. 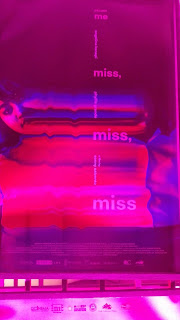 On the other hand, Sonny Calvento's short film "Excuse Me, Miss, Miss, Miss," about a salesgirl unearthing the ultimate secret to regularization, won the QC Shorts Audience Choice Award; receiving a cash prize of Php 50,000. While Carla Pulido Ocampo's short film "Tokwifi," about a 1950's mestiza star trapped inside a television that fell from the sky, won the ANW Jury Prize for the QCShorts competition. The trapped star then dreams of a romantic romp on the Banaue Rice Terraces with a Bontok Igorot who does not know how to kiss. And true to form, the movie's ensemble, and it's director, accepted the award wearing Kalinga tribal costumes. 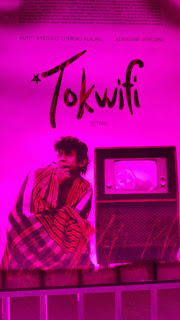 Jean Cheryl Tagyamon's highly imaginative entry "Judy Free" won as ANW Best QCShorts, receiving a cash prize of US$ 1,000. In this short feature, a young girl's reality is intruded when her father, who's been away abroad for almost a decade, suddenly comes home, as an animated doodle figure.

"Multi-awarded actor-director Eddie Garcia's passing is symbolic of the passing of the baton to the new breed of talents and craftsmen. His genius lives here and now. It is a testimony to, and celebration of, the emergence of fresh talents, year in and year out. Films should be reflective of viewers' expansive souls. QCinema continues in its strides to develop new markets," declared city mayor and festival founder Joy Belmonte. 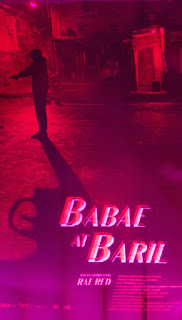 Janine Gutierrez, who played a department store sales lady who has had enough of being an underdog, after discovering a discarded peculiar-looking handgun on her doorstep, in "Babae at Baril," won as Best Actress. In this Philippine entry, Janine's character drastically changes when she discovers how much power holding a weapon can give a person. 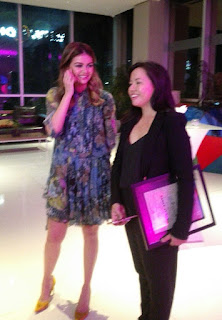 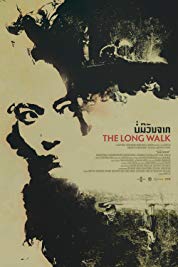 Por Silatsa from the Laotian entry, "The Long Walk," was proclaimed Best Actor. In the film Por plays the younger self of an ageing serial killer. Decades after witnessing a fatal car accident near their isolated home in rural Laos, Por, now a middle-aged man, is left alone with his regrets and the unsettled spirit who still walks the road here she died. Mattie Do, director of the film, who received the award in behalf of his actor, confessed that Por was never an actor and that he found the lad two days prior to shooting the film in a village in Laos. 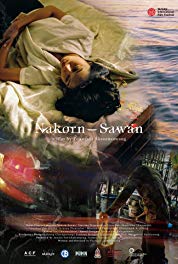 The Thailand-Denmark co-produced entry, "Nakorn Sawan," won Best Artistic Contribution for the creative and technical achievement of its editor, Lee Chetamotikool. Puangsoi Aksomsawang's memories are related through Aoey as she seeks the Pak Nam Po River, that's believed to reach heaven, in order to send her mother, who recently passed away to the afterlife. Early in the morning, she boards a boat with her father, other family members and an old friend who is now a monk.

The festival's seventh edition also made history in bestowing the first Lifetime Achievement Award to Viva Films' Vic del Rosario Jr. for his pioneering efforts in making his multimedia company a pillar in the industry. 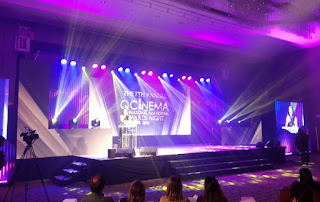 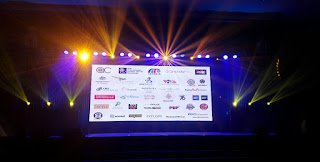