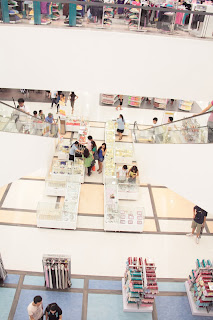 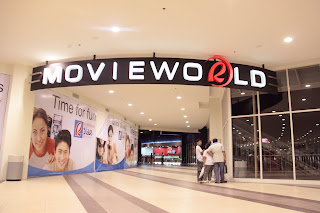 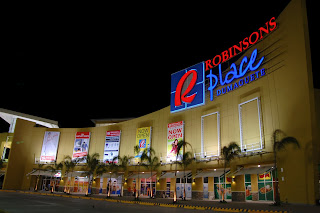 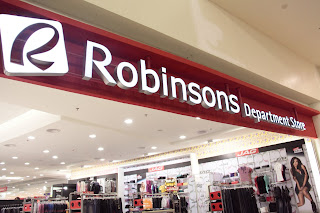 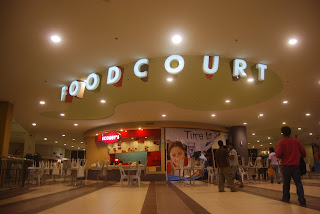 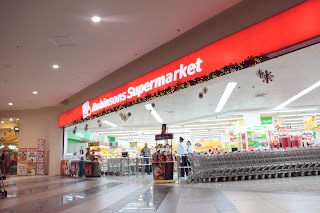 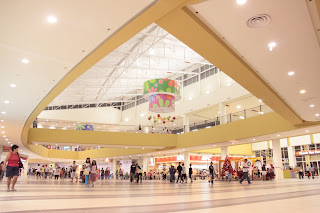 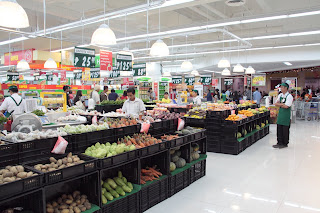 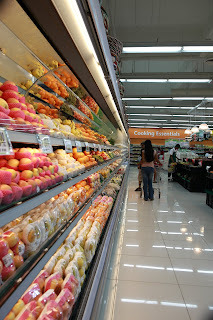 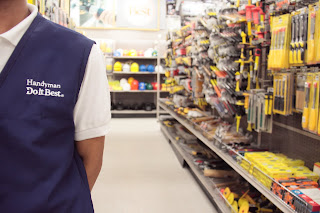 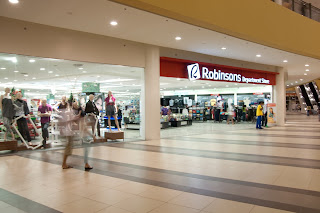 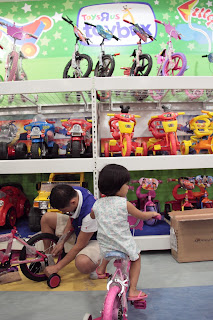 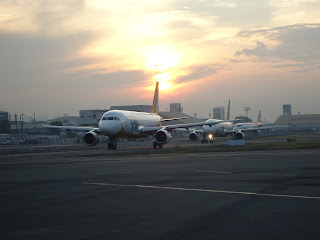 The humidity was stifling and the heat was draining when we left NAIA 3 en route to a weekend getaway in the “City of Gentle People,” an epithet given to Dumaguete City as evidence to its 116, 392 (NSO 2007) residents' genteel charm and warm hospitality. It is also a “university town” and “center of learning” in the South, being home to many colleges and universities that include Silliman University, Negros Oriental State University, Foundation University and mother school St. Paul University (founded in 1904).
We touched down to a smiling, mid-afternoon summer sun and was whisked off to the South Seas beachfront resort. Immediately, after checking in, we raised our tired feet on the lounging chairs under the shade of talisay trees while the cool breeze rocked us almost to sleep; with the lapping waves murmuring some soothing lullaby.
After cocktail hour at the Likha bar, we then went on a tour around the city's first full-service mall.
Robinson's Land opened its 27th mall in Oriental Negros' capital city in Nov 2009, affording the entire province a new hub and entertainment destination. The two-level structure is the sixth mall in the Visayas region. Located in the bustling Dumaguete Business Park, the mall is the city's first. This newest destination in the heart of Central Philippines boasts of spacious and striking facilities that give the city and the rest of the province a shopping, dining and leisure experience worth their every penny.
“Locals and those who hail from nearby towns flock to the mall regularly not only to shop but also for family bonding. The other features of the mall, like the al fresco area, is accessible to moviegoers while the fast food court and the brightly-lit atrium are among the popular spots for shoppers. The three cinemas are always jam-packed especially on special screenings and previews,” shared Joseph Sian, group property manager for Negros Island, overseeing operations for Robinsons Place Dumaguete as well as those of Robinson's Place- and Cybergate Bacolod.
Our group savored the sizzle of mouth-watering chows at the Mooon Cafe, one of many gastronomic stops in the newly-opened al fresco food strip where night performances from local bands regale both tourists and city dwellers alike. And never leave the city without tasting the highly-acclaimed sans rival and silvanas that tastes unlike any other you've had before (or even after)
“There are 171 spaces for lease though some concessionaires get two or three to make their store spaces bigger. As of press-time, 94 stores have opened shop, including affiliates, bringing our occupancy to 94 percent. We have forty more slots remaining. In here are all of our anchor stores, national/regional brands and a few strong local ones. Our demographics is comprised of students, OFWs, the traditional rich folks in the city as well as foreigners who visit and the ones who now live here,” Sian added.
What's a travel itinerary without an unplanned side trip? We thus found ourselves heading towards the Sidlakang Negros Gallery where every bit of visual art is on display and ready to be coveted in whose whiles the whims are greatest.
Earlier, we toured the 62-hectare campus of Silliman University with stops at the Marine Lab, who holds the distinction of having the second largest whalebone collection worldwide; the Centrop, where they breed endangered animal species like the endemic spotted deer and blood-hearted pigeon; and the Assembly Hall museum, the oldest standing edifice since the school's nascence in 1901 - making it the oldest private Protestant institution in the archipelago.
And since this was a weekend getaway, we had our fill of fresh catch at Lab-as restaurant where seafood dishes abounded at the buffet spread. After an afternoon repast at Bo's Coffee Shop, we headed to the Rizal Boulevard where we took a leisurely stroll by the breakwater's edge. Some of us even opted to take a calesa ride and feel the quaintness of times gone by.
“We are a weekend mall with 20 thousand shoppers and an average of 15-20 thousand on weekdays. Our emerging market is of OFWs from Bais City and Siquijor Island. As part of CSR, we recycle our water and turn them to chilled water that we use in our air-conditioning system,” enthused Sian, at the end of our mall tour.
Before flying back to Manila, the group had one final stop: Sunday Mass at the St. Alexandria Cathedral, church of the city's patron saint where the centuries-old bell tower stands majestically to this day; affording pilgrims quiet moments in prayer and tourists for mementos in their photo albums.
A quaint, laid-back city a few years ago, Dumaguete is fast becoming economically vibrant due to the presence of BPO units.
At Robinson's Place, there's more than enough reasons not to enjoy the many flavors of Dumaguete. It's unique tenant mix of dining (quick serve & al fresco), activity areas, health & beauty zone, service & IT, amusement center, apparel & fashion zone as well cinema offers more than the usual.
Even with Dumaguete's efforts for ultra-modernism, hints of its former rustic quaintness will always be present – and will be for a long, long time; being a trait sought-after by those who've set foot on its welcoming soil. This perfect balance of the old and the new is what continues to captivate many locals and tourists to this charming city.
And just as Dumaguete is a charming and captivating destination, Robinson's Place delightfully captures the hearts of everyone who has experienced the many blissful moments shared within its beautiful walls.
Currently, there are two other Robinson's malls in nearby island Cebu; one in Eastern Visayas (Tacloban), and three in Western Visayas (two in Bacolod, one in Iloilo).
Labels: city destinations dumaguete mall oriental negros RLC robinsons shopping stopover travelogue