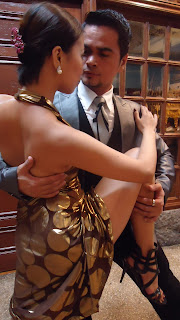 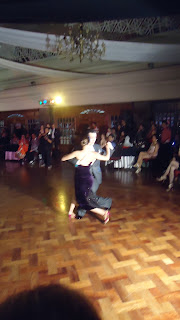 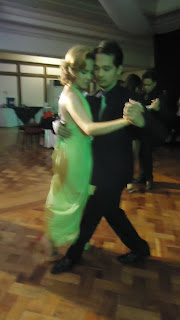 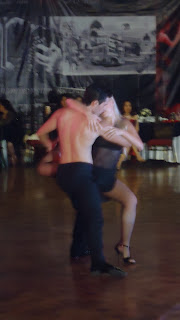 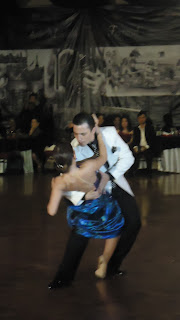 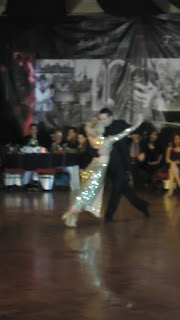 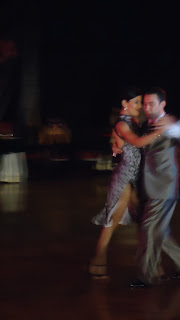 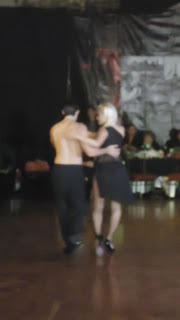 Ten tango stars from Buenos Aires regaled the country’s fast-growing tango community at the close of this year's Manila leg of Tangoblitz 2013, the 5th Manila Int’l Tango Festival & Championship dance-off. The five couples have dominated the Asian Tango scene in the last 3 years with their excellent style of dancing and quality teaching.
The group was top billed by award-winning Milena Plebs, director and choreographer of the Milena Tango Company, also referred to as the Eternal Tango Diva. She has taken part in films and documentaries including “Assassination Tango” with critically-acclaimed Hollywood actor Robert Duvall. A versatile dancer and artist, she has been working extensively with partner David Alejandro Palo, a rising star in the world of Argentine tango; teaching, performing and travelling across Asia and Europe, in festivals, workshops and master classes. They were joined by four other tango couples: Laila Rezk & Leandro Oliver, whose dedication and pleasant disposition have endeared them to their countless students and followers all these years; masters of the stage Analia Carreno and Luis Ramirez; and Noelia Colleti and Pablo Giorgini, whose partnership dates back to when they were young lovers. Now married with twins, they have since metamorphosed into very fine and dedicated tango artists, The last pair is considered the youngest partnership in the group, but Tamara Bisceglia & Federico Paleo have displayed immense prowess and ability, both in teaching and performing. They have managed to show what hard-work and dedication can do to survive in the highly competitive world of Argentine Tango.
“There are more Filipino enthusiasts and they’re growing in number yearly. Our Argentine performers have shown a facet of our culture with their impeccable skills. I hope this festival brings more Argentines and Filipinos closer through tango,” enthused Hon. Joaquin Otero, ambassador of Argentina to the Philippines, during his closing remarks.
The brainchild of Asia’s tango impresario, Ogie Mendoza, TangoBlitz is a blazing trail of magic and seduction around the region – Singapore, Manila, Bali, Kuala Lumpur, Brunei, Ho Chi Minh, Penang, Miri, and Koh Samui – for almost a decade now. He is responsible in bringing world-class tango to the doorsteps of these Asian hotspots.
Argentine tango is fast becoming the rage the world over. The music alone is mesmerizing; the dance passionate and the movements – including the tango embrace – are enchanting. The five couples, together with aficionados and enthusiasts strutted their dancing skills for two straight nights at the Makati Sports Club ballroom.
The Master’s Gala Show captivated the audience with their breathtaking performances during the uninterrupted presentation. The local competitors had the distinct privilege of being judged and evaluated by these tango masters at the Competition Championship the night before, at the same venue. Liza Amareta and William Yanga won the Salon – Open category (for professional dance instructors) while Malu Dy Buncio and Ryan Fabul took the top honors in the Salon – Amateur division. Partners Ann Jacobe and Paul Nunez lorded over the other aspirants in the Ecsenario category.
Tango aficionados were also given the chance to improve their tango dancing knowledge, skills and discipline with the daily workshops and private lessons that were scheduled throughout the duration of the festival; as well as have the very rare chance to hobnob and even dance with any of the masters during the nightly tango marathons in the festival venue as well as in the best Milonga hubs around the metropolis.
For more information, simply visit their Web site, www.manilatangofestival.com.
Labels: amb joaquin otero argentine buenos aires dance dancesport festival Manila ogie mendoza salon tango tango tango ecsenario tangoblitz