As part of its continuing cervical cancer awareness campaign, GSK Philippines recently launched its partnership with cosmetics manufacturer VMV Hypoallergenics to combat a major problem for Filipino women. Dubbed 'Put On Your Power Pout,' the partnership introduced a twist on spreading awareness by encouraging womenfolk to join the movement by wearing purple lipstick to show their support for this advocacy on prevention.
“As every female is at risk, we are fully committed toward this partnership with GSK Philippines. At VMV Hypoallergenics, we promise the safest, most proven effective care on the planet and that extends to beauty. Our unique combination of science, wellness and beauty in our products means we strongly stand for advocacies that help women, their health, and happiness,” intoned VMV's assistant marketing manager Jacklyn Remo.
Cervical Cancer is the second leading cause of deaths among Filipinas, with seven dying of the dreaded disease every single day; and second worldwide for women ages 15 to 44. What's more worrying is that two in three Pinays diagnosed with the disease may die within five years. Cervical cancer is a risk for women regardless of race, age, lifestyle and/or socio-economic status.
“Cancer is quite a distant concept for women who are well. What might be more important to them is keeping up with the latest trends, especially in fashion and beauty. The lipstick is a woman's own: when she wears it, she makes a statement about herself. Through this partnership with VMV, we hope to drive women to make a statement against cervical cancer,” declared GSK product manager Mark Castillo.
“The incidence rises at 30 and is at its highest for ages 40 to 55. We started this advocacy in 2008. Globally, there are 527,624 new cases diagnosed each year and 265,653 die annually,” he added.
Based on a study of 307 women in Canada, the incidence of cancer causing HPV infection is actually highest at the young ages of 15 to 19. The World Health Organization Strategic Advisory Group of Experts (WHO-SAGE) on immunization advocates women get immunized before the first exposure to HPV (before sexual contact), as young as nine years old. Cervical cancer occurs when abnormal cells develop and spread in the cervix, the entrance between the vagina and uterus.
“The cervix is the lower, narrow part of the womb and the very spot that dilates during child delivery. This important campaign will help dispel the myths surrounding this oft-neglected disease.
”At the earliest stages, there will be no signs and/or symptoms. Patients as young as 11, and in my practice, a case involving a five-year-old girl, to women as old as 99 can suffer from this disease.
“Direct skin-to-skin contact during the sexual act is the culprit. Actual penetration is not even required. Every year, 6670 patients are diagnosed and 2832 die in the Philippines alone. Eight out of ten women can acquire the diease in their lifetime,” revealed obstetrician-gynecologist Dr. Ester Ganzon.
The human papillomavirus (HPV), a very common virus, is the necessary cause of cervical cancer. It has been shown that 99.7 per cent of cervical cancer patients are positive for HPV. It has also been estimated that up to 80 per cent of women will be infected with HPV at some point in their lives.
“There are a hundred types of HPVs but the ones which can bring you down are types 16 and 18 as well as 31, 33, 35, 45, 52 and 58. The others are non-oncogenic but could increase their risk status to oncogenic by 200 to 400 times when contacted by those infected. Smoking, early sexual activities and multiple partners are some of the risk factors.
”Symptoms include irregular menstruation, back/pelvic pain, weight loss, vaginal discomfort and swollen leg(s). It can be contacted as early as nine years old. It can be prevented by regular screenings and pap smear. DNA testing or vaccination (Php 5,500+) are some of the the treatments available,“ continued Dr. Ganzon.
The risk of persistent infection with cancer-causing HPV increases with age and is highest when a woman is over 66 years old. Thus, screening is recommended starting age 21 to detect cervical abnormalities that preclude actual cervical cancer. Vaccination remains to be recommended for older women to prevent new HPV infections.
“The Philippines is challenged by geography in the delivery of health services, especially paps smear which can be performed only by a pathologist (Php 2,000). Women should access this clinical procedure three years after sex or when she reaches the age of 21,” Dr. Ganzon advised.
While HPV is primarily transmitted via sexual intercourse, skin-to-skin genital contact is also a recognized mode of transmission. Lifestyle changes can help prevent the development of the disease, such as being conscientious about one's sexual activities. Beyond regular consultations and pap smear by OB-GYNs, vaccines, too, can protect against cancer-causing HPV and are now readily available.
Leading research-based pharmaceutical company GSK continues to drumbeat its cervical cancer awareness efforts with womenhood always in mind. In the Philippines, the 'Power Over Cervical Cancer' campaign urges Filipinas to realize they are empowered: that they can do something to prevent the disease from happening to them, so they don't miss out on a colorful life ahead or leave their loved ones behind.
“I'm better and back to living now. But when you're down, that's the time you look up to the Only One to help you get through it all. As a single parent like me, you think of your family first. In my case, I have five girls with twins. The support of family and friends as well as the people around you is very important. It is also important to call on doctors you trust and who'll give you straightforward answers on what the disease can do to you. Share the news, you can save a life!” encouraged survivor Gypsy Abilla while giving her testimony.
For further information on cervical cancer, consult your obstetrician/gynecologist immediately. 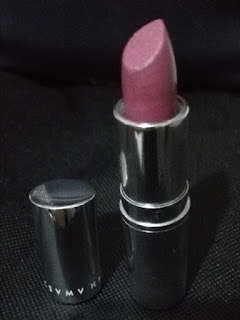