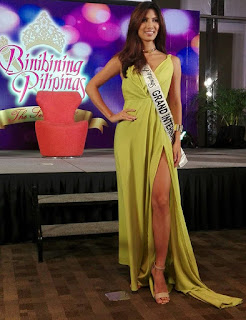 “I’m so lucky to be born a Filipina because we are empowered and valued. In general, Filipinos have found their voice. And it helps that the political mandate of the President is very strong,” intoned Cordoves during an intimate send-off party at the Novotel in Araneta Center.

“We must be open to change and go beyond ourselves to meet varied expectations. Also, one should get all the ‘learning; that they could,” she added. 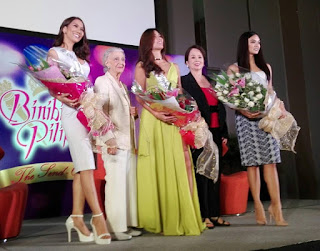 According to MGI’s official Web site, its objective is to end all forms of violence and hostility. It wants to rid the world of conflict to improve the quality of human life for the sake of the children and the generations to follow.

“To my best friend in the batch, I am so grateful that I learned a lot from you; especially on the value of sisterhood and where our heart should be. You inspire me,” said Miss Universe-Philippines 2016 Maxine Medina in an open letter message.

The MGI pageant is committed to spreading the message of happiness with the slogan, “Stop War and Violence.” 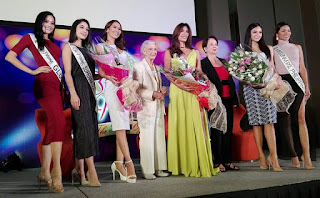 “We, your Binibini sisters, will always be there for you,”  assured Bb. Pilipinas-Globe 2016 Nicole Manalo.

“I’ve seen how dedicated you are in the pursuit of your dreams. You’ve grown from a Binibini winner to an international contender. I’ll be praying for your success every single day,” encouraged Bb. Pilipinas-Supranational 2016 Joanna Eden.

The 4th Miss Grand International coronation rites will unfold on Oct. 25 in Las Vegas, Nevada. Cordoves will fly to the USA on Oct. 7th in time for the pageant’s preliminaries.

“The MGI is a four-year-old pageant that has combined several pageant formats with entertainment in mind. I brushed up on my walking (pasarela) ‘coz I know they want an explosive production!” beamed a hopeful Cordoves.
Labels: Bb. Pilipinas Cahrities Inc. binibining pilipinas bpci las vegas MGI Miss Grand International nevada Nicole Cordoves USA