Dabbling between art and music
By Nico Erle Ciriaco 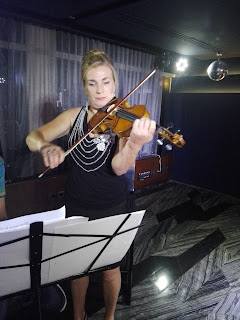 Swedish artist Jeanette Kamphuis recently unveiled her second solo exhibition at the Vu Sky Lounge in Marco Polo Ortigas. During the unveiling ceremonies of her works, she handed over two of her paintings to hotel manager Frank Reichenbach, who gladly accepted the same. "This sky lounge on the 45th floor is popular for exhibits and private parties. The hotel is currently celebrating it's fourth anniversary and we want to bring Marco Polo to greater heights," he declared. 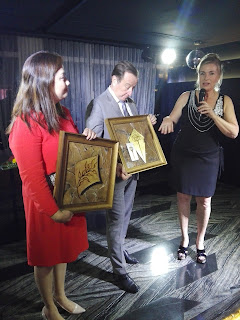 Kamphuis' canvases were filled with silhouettes of the female form, landscapes, and a few skyline sketches. "For this exhibit, there's an emphasis on the female anatomy, on frequencies like the G-clef, the city skyline because I live in Makati, and some Nature/Health pieces because I am currently into aromatherapy. 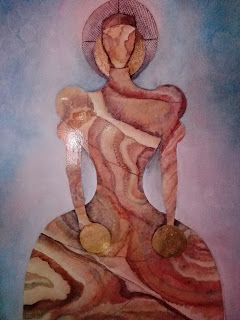 "I started with sunsets back in Sweden. Then boats on the water, until my canvases were filled with images of the skies, the snow, and dead trees. Of the Filipino painters, I like Amorsolo because he captured history. 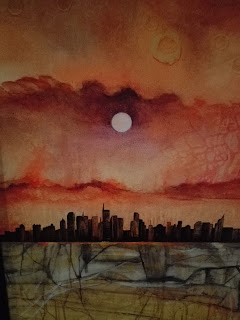 "My paintings are quite happy pieces. There is some brightness in them. Even if you feel that there are troubles in some paintings, there is always that silver lining on the storm clouds." 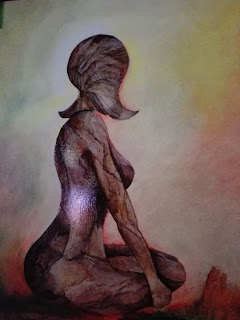 Kamphuis discovered her talent for painting when she won an art contest at the age of eight. "I won a competition that I didn't even know I was in. We watched a play one night and the next day at school, we were asked to draw anything that we remembered. I painted this beautiful ballerina. Everything was light blue and white tutu - that was the impression  I had," she reminisced. That painting was the start of her journey through art.

She had professional training by French and Italian artists in Tuscany, South Africa, Florida (USA), and Germany for art and decorative painting. 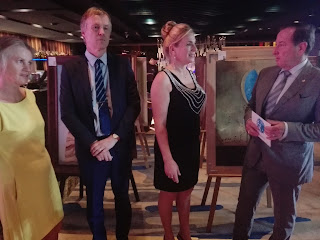 "There is something in the Philippines. You can go and dance. You don't have to dance well, and everybody just encourages you to keep on dancing.

"I love to educate people through music and art as these broaden one's view and options in life. I have been living in the Philippines for the past three years and have been very active in the art community. I have shared my other talents to several artists to brighten their day.

"I've been joining sketching sessions, art gallery openings, or just any other gathering like weddings, anniversaries, and exhibits; including Valentine's Day and other special occasions. I provide music in exhibits or when somebody needs encouragement but does not have the resources; I still go and play. I also share a lot with artists who ask me how I do this and that. My objective is to make people happy and feel relaxed through my music."

Kamphuis had 12 years of professional musical education, using violin as main instrument, with Czech professor Zdenek Gola in Helsingborg, Sweden. "I started taking violin lessons at the age of seven, and with the wood flute the following year. Later on, I have been taught by Prof. Gola with his techniques for composers like Dvorak, Bartok, and Sevcik, as well as the Suzuki method in playing Bach, Mozart, and Beethoven's violin concerts. When I turned 16, I performed with the Helsingborg Symphony Orchestra. 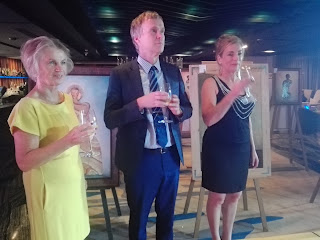 "I have a strong ability to connect and communicate with people of various nationalities. I had the privilege of traveling to 97 countries, which have afforded me the opportunity of understanding many cultures," shared Kamphuis, adding that she had learned salutations and humorous expressions from 20 different languages.