The National Commission for Culture and the Arts (NCCA) successfully launched the maiden edition of the ASEAN film festival at the Shang Cineplex in the Tiger City of Mandaluyong. 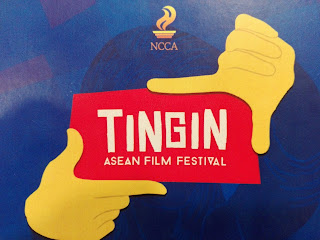 Simply dubbed "Tingin," the festival formally opened with the screening of Singapore's "Yellow Bird," one of three films under the Filipino Tastemakers Section. This selection features the choices of prominent filmakers, including film professor Patrick F. Campos as well as film producer Moira Lang and actor-producer Piolo Pascual.

Yellow Bird is K. Rajagopal's searing look on how it is to live in the fringes of a global city. "As film producer, I know how difficult it is to make a movie. Filmmaking is not for the faint of heart. This festival is dedicated to Asian cinema; how it has survived and stand hand-to-hand with the world's best," said Spring Films producer Piolo Pascual, who handpicked the opening night feature film.

Yellow Bird tells the story of a Singaporean-Indian man, Siva, who was released from prison after serving sentence for contraband smuggling. Unable to find forgiveness from his mother, he begins a quest to locate his ex-wife and daughter. How far Siva goes to redeem himself from guilt is the focal point of this poignant drama.

"We take pride in welcoming moviegoers to the 1st ASEAN Film Festival. Thirteen entries from eight countries, as well as film fora and a special screening from Japan (Asian Three-fold Mirror: Refelections, featuring three directors including Brillante Mendoza) will be screened throughout the festival's five-day run.

"Through films, we build bridges with our sister countries as we understand each other better. Each member state share their respective cultures to our countrymen," enthused Shang Plaza's EVP and general manager Lala Fojas.

"Tingin or 'look' directs our eyes in a particular direction as we experience the varying cultures of ASEAN, vicariously, through cultural exchange. It helps us understand our neighbor's unique practices and way of living," intoned NCCA executive director Rico Poblete Jr.

The filmfest closes with the Thai film "The Island Funeral," Pimpaka Towira's road trip drama. In the film, a young woman and her companions decide to travel from Bangkok to Pattani, one of the three southernmost Thai provinces, to visit their long-lost aunt. As city dwellers, they are oblivious to the instability and violent outbreaks that have plagued Pattani for many years. The route going there leads them to discover a land far stranger than what they ever expected.

The filmfest is open to the public and runs from Oct 11 to 15 at the Shang Cineplex. Film screenings and a Q & A with filmmakers happen each day at 3 in the afternoon and 8 in the evening.
Labels: ASEAN cinema filmfest k. rajagopal NCCA Piolo Pascual shang cineplex tingin