Beyond karaoke
By Demi Braque

Ever since karaoke was invented in the early '80s, the whole world has been singing. But not as the love affair of Filipinos with video singing - from happy hours after work, tinkering coin-operated machines, to microphones plugged into TV sets, computer terminals, or even inside taxicabs. Pinoys would sing their hearts out anytime of the day, or night, much to the chagrin of sleeping neighbors.

For over four decades, the box-type portable karaoke machine has gone through a lot of innovations. And one of the latest is the state-of-the-art features of the new Symphony 3 Pro (S3P) from the Korean label Grand Videoke. 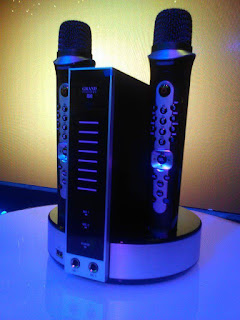 Perfected in the time span of two years, the new singing device marries the technologies of your smartphone and that of the video machine; allowing for  new levels of immersion and interaction. This is made possible by the GV Smart App, a one-touch application available on Google Play and the Apple Store that can pair your S3P unit to up to four mobile devices.

Once connected to the app, you can update your song list and download them to your mobile phone whenever, wherever. Plus, you can now search songs or artists with the built-in voice command feature. The high definition of the song videos is matched by an impressive audio that can produce sound of up to 414 instruments, roughly 16 beats PCM or 48 khz, which translates to a much better sound than CD quality.

For songs that need second voices, S3P has back-up vocals recorded into the music videos. And with its Wireless Grand Voice technology, you can sing like a star effortlessly. Plus, professional singers now have their own vocal coach through the Perfect Pitch feature made specifically for them. It tells you in what aspect you need to improve.

With over 7,900 handpicked OPM and foreign songs, excluding those belonging to public domain, the S3P is a perfect singing companion whether by your lonesome or with a group. The Symphony 3 Pro will be available, starting this October, through 17 dealers around the metro for the introductory price of P32,999. Those who will be purchasing units between now and the Holidays will enjoy a markdown of P3,000 as well as receive a free GV Smart Card (valued at P999). Homeowners who want to upgrade their music room facilities can create their own grand entertainment system by pairing their S3P sets with the LD speakers from Germany. 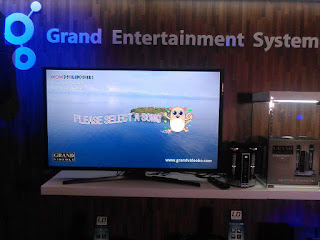