Khavn Dela Cruz's war drama "Balangiga: Howling Wilderness" bested seven other finalists to emerge as Best Film in the fifth edition of the QCinema Int'l Film Festival. The period piece is seen through the eyes of an eight-year-old boy who flees town with his grandfather and their carabao to escape Gen. Smith's 'Kill & Burn' order in 1901. Along the way, he finds a toddler amid a sea of corpses and together, the two boys struggle to survive the American Occupation. 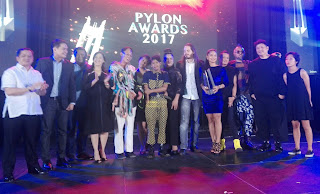 Another period drama, Christopher Gozum's " Dapol Tan Payawar Na Tayug 1931" (The Ashes and Ghosts of Tayug 1931), won the NETPAC Jury Award. The historical account sees a filmmaker revisit the town of Tayug in Pangasinan, in preparation for a new feature she is making about the folk hero Pedro Calosa and the Tayug Uprising of 1931.

James Robin's "The Chanters" won Best Screenplay for screenwriters Adrian Legaspi and John Bedia, as well as Best Actress honors for its lead star Jally Nae Gilbaliga. The dramedy tells the story of a 12-year-old school girl who is the granddaughter of the last chanter of the Panay Bukidnon tribe. As her grandfather suffers the onset of dementia, and loses his precious memories, she is tasked to help him complete the last of the remaining 12 epics of their tribe's vanishing tradition.

Emerson Reyes' dark comedy "Dormitoryo (Mga Walang Katapusang Kuwarto)" received the Gender Sensitivity Award, and won the Best Supporting Actress distinction for Sheenly Gener. Dormitoryo tells the tale of seven disparate characters living in the house of a strict and  lonesome widow as they spend an evening tucked away in solitary rooms, talking about collective experiences; and sharing a similar fate in the end.

Mikhail Red's "Neomanila" won the Audience Choice award as well as cinch for its lensman, Myko David, the Best Artistic Contribution (Best Cinematography). The film tells the story of a teenage orphan who is recruited by a notorious death squad. The group leader soon becomes a maternal figure to the young boy. As the two form a familial bond, their loyalties will be put to the test when their last target turns out to be a familiar face. 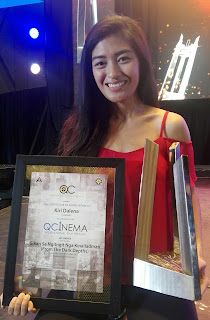 "This year is our best ever yet, being the most well-attended edition so far; making QC a major film fest destination now. We have been steadily growing through the years. We are a city of young people - with the average age pegged at 24 - which explains why the bulk of our moviegoers are millennials.

"Indie films break new horizons. Like food, indies spice up the movie landscape from the bland and usual. Despite limited resources, filmmakers came through with top-notch works. It is our fervent hope that this festival wins new cinema audiences. QCinema is here to stay, even beyond our times," declared QC Film Development Commission co- chair and city vice-mayor Joy Belmonte.

Hosted by Empoy Marquez and Maxx Collins, the three-hour ceremony unfolded at the grand ballroom of the Novotel Hotel in Araneta Center Cubao. 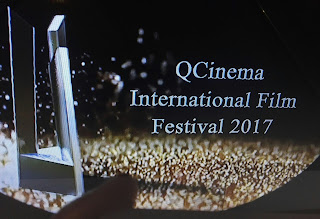