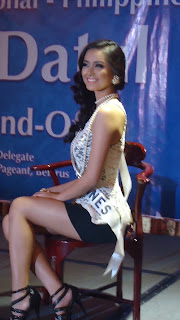 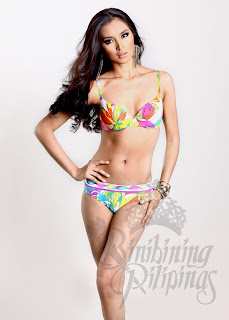 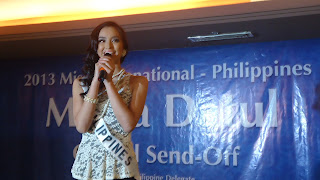 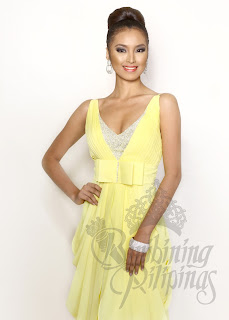 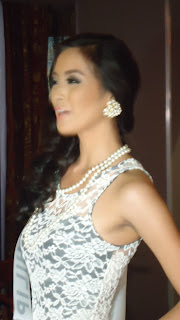 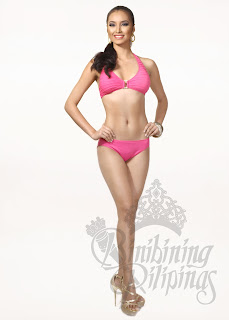 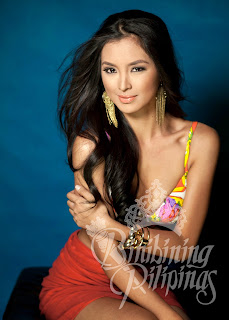 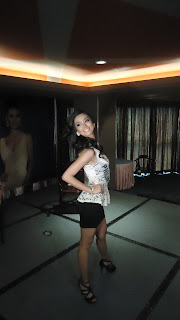 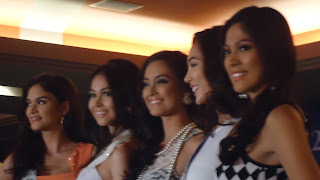 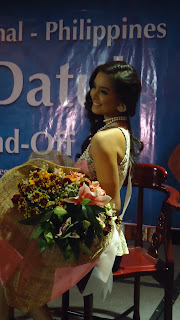 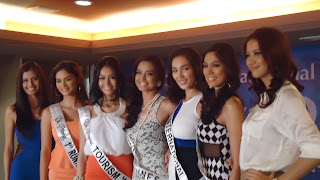 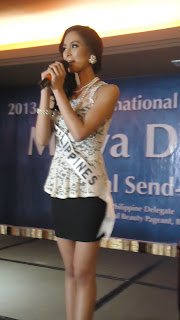 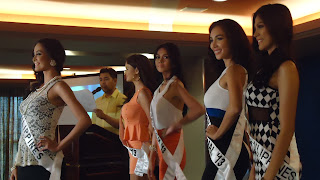 Gearing up for Supranational finals

Reigning Miss Supranational-Philippines Mutya Johanna Datul flew to the city of Minsk, the capital of Belarus, to represent the country in the Miss Supranational 2013 beauty tilt. The 21-year-old, 5’8” stunner from Sta. Maria, Isabela said she is ready to be the first Filipina to win the title.
“I’m so thankful to BPCI and Madame Stella Marquez de Araneta for giving me this opportunity, and in opening the doors for me to realize my dreams. I’ve dreamt of becoming a star since I was 7 years old. I listen to all the good advices given to me and I practice them. Be the person that you are and use your God-given gifts to achieve your dreams. I pray a lot for emotional and spiritual stability,” shared the svelte Ilokana during her send-off party, adding that if Shamcey has her ‘tsunami walk,’ she also has her own “salagubang walk.” When asked to show attendees how to do it, the Isabelan lass gamely mimicked the endemic insect from her hometown; sashaying buoyantly as if on wings.
“Put God above all else and keep praying. It’s not just your fight but for the country as well,” reminded Ara Arrida, reigning Bb. Pilipinas-Universe.
Months of rigorous training after the Bb. Pilipinas pageant kept Mutya in good shape. “Ever since we won last April, we’ve been in training. We, the Bb. titlists, go to the gym, watch our diet, do the pasarela as well as Q & A sessions in preparation for the international pageants.”
Personality development courses, photo shoots, language crash courses, TV guesting, and various other appearances at high-profile events helped Mutya, and the Bb. court, to brush up on their social skills. “Show them who you really are – ethnicity and all. That is what will make you stand out in the finals. Believe in yourself,” intoned Miss Universe 2011 runner-up Shamsey Supsup, at the close of the training sessions.
The Miss Supranational 2013 pageant will be held on Sept. 6 at the Sports Palace, right in the heart of the capital of the former Soviet republic. Belarus is one of the states comprising the Commonwealth of Independent States after the USSR was dissolved in 1991. This will be the fifth installment of the annual search since its founding in 2009 by the Scandinavian-based World Beauty Association with the aim to “unite our world with beauty.” Last year’s Belarusian candidate Katsiaryna Buraya is the reigning title holder.
“I have lots of confidence in her. She can ably represent the Philippines in the international finals. Mutya has the qualities to make her the winner.  Since 2009, the Supranational pageant has produced lots of beautiful winners like the ones we have in Binibining Pilipinas. BPCI has provided Mutya, and the other Bb. winners, the tools in helping them become outstanding candidates on the global stage. She has done well and I wish her all the best. Let us all continue to support her; she’s gonna win!” shared BPCI chairman Stella Marquez Araneta.
Mutya will face 82 other delegates representing different countries around the world. She and the other contestants will participate in various pre-pageant activities and graded competitions. “Through my actions, I’ll show the world how respectful Filipinas can be. My game plan is simple: Have a strong faith in God; get strengthened by supporters’ prayers; and sincerity in heart & mind. You have to work hard to pursue your dreams. And don’t lose hope,” enthused Mutya.
After Elaine Kaye Moll’s 3rd Runner-up finish in last year’s race, this is the second time that the Philippines is being represented in the said pageant. “When you rose above the bashing of your detractors, I knew then that you’re a fighter. As such, you’re already a winner. You’ll make it!” encouraged Elaine.
Enthusiasts and supporters can vote for Mutya on-line through the Miss Supranational Web site, www.misssupranational.com/VotingPage.html. The candidate with the most number of votes will automatically advance to the semi-final round. With 83 competing beauties, this is the highest number of contestants, thus far, in the pageant’s five-year history.
Labels: bb. pilipinas beauty Belarus bpci contests Filipina international pageants Minsk Miss Supranational mutya johanna datul quests salagubang sports palace