SINGAPORE CITY – Home Box Office (HBO) Asia announced in a press confab at the historic Raffles Hotel that it will air its first original Asian series on Sunday night, Sept. 22, 9 pm over the Starhub TV Channel 601 (HBO) and Starhub TV Channel 655 (HBO HD), a co-production with the Australian Broadcasting Corp.
Being Asia’s very first original drama series, Serangoon Road is a ten episode hour-long detective noir series set against the tumultuous backdrop of 1960s Singapore, when the global balance of power was shifting and Singapore at its crossroad; a time when the British colonial rule was coming to an end, independence was on the horizon, and the island state finally forged its own identity.
The series took its name from one of the earliest roads built in the Lion City which was then known as ‘the road leading across the island.’ In the past, Serangoon Road was the key thoroughfare (much like Highway 54 or Edsa is to us), making it a unique crossing point for all walks of life. It is symbolic of the series as an important main road that traditionally linked the various communities in Singapore then. As the heartbeat of the nation, be it culture or crime, patriotism or politics, espionage or enterprise, all paths lead to Serangoon Road.
The ten-part series is not just about the road but how this historical avenue linked and brought races together before Singapore gained its independence. The scenes were shot in various locations around the city, including the famous Raffles Hotel.
The episode this Sunday opens with the Cheng Detective Agency being hired by the CIA to investigate the murder of a US sailor. Sam Callaghan (Don Hany) is asked to help out as a favor to the widowed owner, Patricia Cheng (Joan Chen). Her need for closure causes her to use her agency as a springboard in searching for her husband’s killer. But as Sam tries to save the life of an innocent man, he is forced to resist memories of killing a childhood friend during the Second World War.
Sam was dishonorably discharged from the military after being caught up in the Malayan Emergency. He now tries to seek redemption for his sins as a soldier by helping others through his work for the Cheng Detective Agency.
“There’s a great percentage of myself thrown into the character I play. And the characters in this series are in a state of flux. The production is a melting pot of elements that make for a good TV show; with love affairs set against the backdrop of political chaos. It’s also about unrequited love and people using their rights to settle score. There’s a little bit of something for everyone here. It’s also a parallel between climate and character; of chaos and criminality,” enthused the Australian actor who plays the pivotal role in this historical drama.
His associate, Su Ling (Pamelyn Chee), is a forward thinking woman who gets involved with an ambitious CIA upstart. She tries to define who she is and fights for her independence, despite the adversity she witnesses while working at the Cheng Detective Agency. “My character is caught between playing with foreigners whilst retaining what she is traditionally. By comparison, me and my character Su Ling are fighters. But I have a shorter fuse than her,” she intimated.
Inspector Amran (Ario Bayu) is the first Malay inspector in the Colonial-run police force, with something to prove. He is at constant loggerheads with Sam due to their differing views over authority, and must constantly thread a fine line between upholding and enforcing the law.
“I bring half of my real self into the character I portray – as an enforcer with very antagonistic moments. I hope this series becomes a catalyst for more co-productions to follow. The production has the intimacy of a small set; it’s communal. Great conversations abound; just like an artistic village that fosters a collaborative spirit. Working this intimate gave us a sense of déjà vu, like in the early days of theater,” intoned the Indonesian superstar.
Kang (Alaric Tay) plays a former Communist who flipped and fought alongside Sam, and who runs an import-export business around his bum-boat. 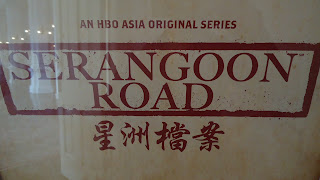 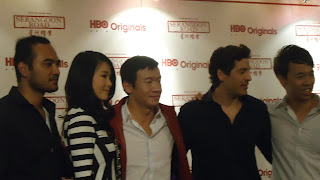 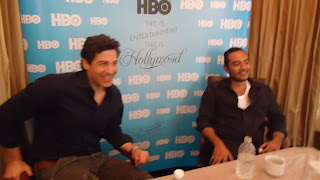 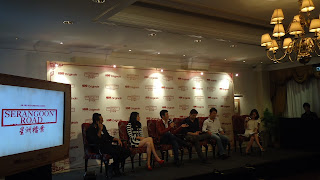 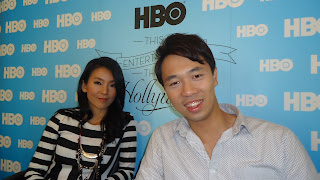 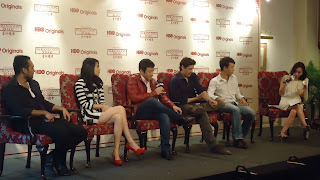 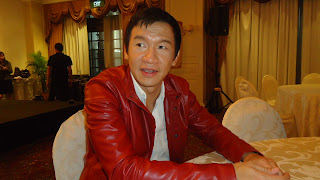 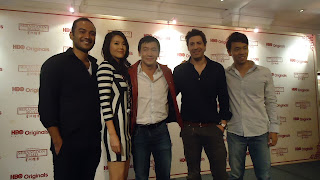 His subsequent gambling problems run the risk of losing his friendship with Sam and his debt to Secret Society leader Kay Song.

“I need to pull off punch-lines like ‘The monsoons are coming,’ because I’m a comedic actor. This is my first drama after a long line of comedies. So I need to be convincing as an ex-communist who took part in the Malay Emergency. This is a seldom talked-about chapter in my nation’s history. A villain and the conflicts he brings make for an interesting part to play,” said Singapore’s well-loved funny man.
Kay Song (Chin Han) is the ambitious grandson of the head of a Secret Society which traditionally controls the action around Serangoon Road. Careful and ruthless, and despite his grandfather’s opposition, he eyes even larger opportunities to take the organization unto new directions.
“Kay Song is a dangerous man. He’s like a snake in the grass or a lion in a safari. Audiences are sensitive so I seek the truth in my performances in any medium. The difference lies in expressing the truth. Difficult times spur to build a character in every different medium.
“Half the battle of being an actor is finding the right script and role. You have to be committed to your work. And pray that you be in the right place, at the right time. My character (Sun Feng) in Steven Soderbergh’s pandemic drama Contagion is the most serious role I have ever tackled,” shared the Hollywood-based Singaporean actor, who dabbled for many years in theater before starring in films like Dark Knight, Capt. America and 2012.
Serangoon Road also stars Maeve Dermody (as Mrs. Claire Simpson), Russell Wong (as Winston Cheng) and Michael Dorman (as Conrad Harrison).