Now on its 30th year, the Bodyshots national modeling quest has been greenlighted, and revived, by Mossimo’s first winner, Carlo Maceda.

“When the Fashion Designers Association of the Philippines (FDAP), led by Mrs. Digna Rosales, approached me and told me that they were looking for a producer who could help them mount this year’s competition, I was interested.

“Although I didn’t accept the offer right away, at the back of my mind, I was already excited to do it. The main reason was simple: the prestige and image it has created. Definitely, it was the most prestigious modeling contest for years. And I hope, with the new leadership of the group, we can bring back the good old days where models were highly regarded and/or admired,” shared Carlo, publisher of Glitter.ph, the online site producing the show. 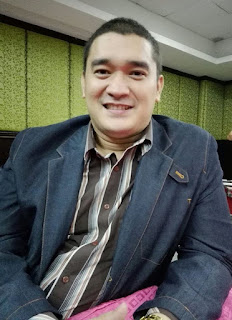 Bodyshots was launched in 1986 as conceptualized by Barge Ramos, then president of the pioneering team. The first batch was able to produce alumni who have established careers in show-business like actors Eric Quizon and Ricardo Cepeda, as well as film director Laurenti Dyogi.

“I want to give the same opportunity to somebody younger. There are few opportunities for newbies to shine, so I’ll invest in the youth. Or else, we will simply be waiting for the next Alden Richards to happen. The grand winners, male and female, will each receive P100,000 as cash prize aside from those they’ll get from corporate sponsors.

“I believe that with the FDAP and the Bodyshots alumni, everyone can be benefited. Modeling could be a lucrative job for aspirants until such time that they can branch out to other fields before they retire from the spotlight. By then, they would already have good connections and better network. That’s one of the reasons why I decided to put up this project,” continued Carlo.

16 males and 15 female aspirants will compete for this year’s title. “One good thing about this search is that we went on a nationwide screening process; visiting the provinces of Batangas, Pangasinan, Quezon, Bulacan, Davao, Zamboabga, Cebu, as well as Metro Manila cities. We hope to make this a bigger and better event because Bodyshots is celebrating its Pearl Anniversary. And that’s the reason why we decided to put a theme, Environment Matters, this year,” he added.

Part of the proceeds generated from the show will be utilized and administered by the Innerwheel Pasay South-East, headed by Derlyn Maceda towards environmental concerns.

“We are an all-female charity organization. Through the years, we have integrated environmental initiatives in our outreach programs. This year, we will seek the help of the model contestants in cleaning mountain spots, like in placing signage such as “Clean As You Go” in the public areas of Mt. Hamagitan in Davao Oriental. A beautiful face always demands attention and can always be heard by the youth. We will go for Zero Waste Management especially in the use of plastic,” enthused Derlyn. 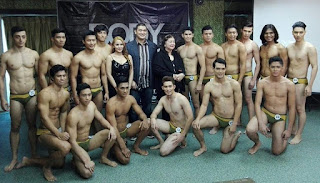 Online voting is now available in three platforms, each with corresponding points: Bodyshots YouTube (2 points), Bodyshots Instagram ( 1 point), and Glitter.ph (3 points). The male and female candidates who will get the highest number of votes will receive a special award and all the poll scores will comprise 20 percent to the overall score during the final night.

“We reinvented the platform with the use of multimedia to build a fan base, as this is an ingredient to becoming a celebrity. Bodyshots will bring back the legitimate search for models so we get a new crop of celebrities. It will be a different output unlike The Voice or PBB. It is a good training ground, producing big names in the industry. Just like a law in Physics, when there’s energy, there must be a control system to contain its momentum,” shared Carlo, at the close of our conversation.