A new theater company, Jhett Tolentino Productions, will bring to Manila a different concept of a Christmas concert this holiday season. Dubbed “A Very Broadway Christmas,” the one-night only show will unfold on Dec. 11, 7 PM at the newly-opened BGC Arts Center in Taguig City.

“It’s quite difficult to bring Broadway talents here and Filipino artists to Broadway because Equity regulations, albeit with gray areas, are strict. We need to follow the 600-point regulation. We are lobbying for the recognition of our proposed point system.

“There are 15,000 actors in New York alone that’s why it’s hard for Asians to penetrate the theater scene,” revealed Jhett. 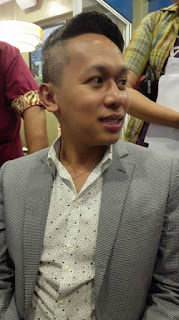 Theater aficionados from Western Visayas may also catch the concert in Iloilo City on Dec. 17 at the Rose Memorial Hall of the Central Philippines University. Produced and directed by Jhett Tolentino, the only Filipino producer on Broadway, the concert will feature a mix of holiday tunes, Broadway anthems, as well as a surprise mix of Original Pilipino Music. Under the musical direction of Ceejay Javier, the repertoire will have a new and fresh rearrangement for audiences of all ages to enjoy.

Jhett Production shows are different because of Broadway training but with local artists performing. “We complement the existing theater productions. Team members share our mission to enhance the Philippine theater scene and create new venues especially in the provinces,” he continued.

An accountant by profession, show producer Jhett Dizon Tolentino is a Pinoy Pride who was born, raised, and educated in Iloilo City. He had won three Tony Awards for producing Broadway shows, making him the second Philippine-born Tony Award recipient, after Lea Salonga.

He is the first Filipino Tony Awards voter among the 27 million theater goers in the United States. He is also a Grammy Awards voter. In 2014, Jhett received the accolade as The Outstanding Filipino-American – New York (TOFA-NY) for Entertainment at the Carnegie Hall.

“In a recent audition we undertook, we realized the tremendous talent of Pinoy performers. Although some lack technique as well as control or simply stay in place, some have enunciation problems. But all these can be rectified with exposures to the right vehicles,” he added.

In February 2016, Jhett was recognized by the National Commission for Culture and the Arts with Ani Ng Dangal for bringing international honor to the country. Currently, he is the Deputy Chapter Commander of the Knights of Rizal – NY Chapter, and a delegate to the 5th Filipino American Youth Leadership Program (FYLPro). 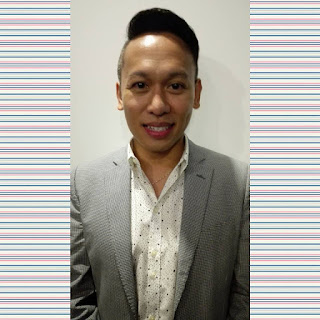 The show’s repertoire include Holiday (It’s The Most Wonderful Time of the Year, It’s Beginning to Look a Lot Like Christmas, I’ll Be Home For Christmas, River, Have Yourself a Merry Little Christmas, Santa Claus is Coming to Town, All Those Christmas Cliches, Let It Snow, and Red Ryder from A Christmas Story), Broadway (Santa Fe and Letter from the Refuge from Newsies; Everlasting and Top of the World from Tuck Everlasting; I’m Not That Smart from Spelling Bee; Feed the Birds from Mary Poppins; Proud of Your Boy from Aladdin; and What I Did For Love from A Chorus Line), and OPM (Pasko na Naman, Sana Ngayong Pasko and Kumukutikutitap) classics.

“Nobody starts as an expert but as a newbie all the time. Leave your accolades at home. Everybody starts as a beginner,” intoned Jhett at the close of our colloquy.