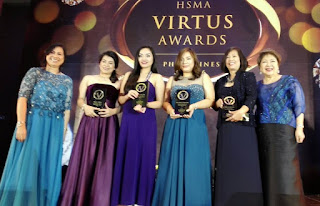 The winners were Ma. Trixie H. Ong, sales accounts & events executive of Best Western Hotel La Corona Manila (Outstanding Associate); June Kelly R. Ichinomiya, assistant director of sales, Japanese market, of The Bellevue Resorts and Hotels (Outstanding Manager); Marivic A. Recio, group director of sales & marketing of The Bellevue Hotels and Resorts (Outstanding Leader); and the Radisson Blu Cebu for its Something Blu: A Wedding of a Kind campaign, with Ann N. Olalo as team leader (Outstanding Campaign). The winners were known after a seven-month search spanning  76 member hotels and resorts across the country.

“Virtus sets the bar of excellence in the marketing profession. Its recognition is a bigger testament to humility and the unselfishness of extolling great value on one’s work. It is a badge of self-respect,” intimated DoT undersecretary Alma Rita Jimenez. 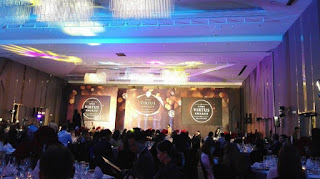 Virtus awardees earn the honor of being selected from among peers in the hotel industry and find a channel to manifest their achievements in the tough competitive arena of the accommodations business. A specially-designed Virtus trophy by noted artist Joey Ong has been commissioned to symbolize triumph and honor. Miniature trophies were given to all nominees as well.

“This award honors champions within the ranks. So that, being nominated is already a reward in itself,” intoned awards chair Rose Libongco.

Dr. Mina Gabor, former Secretary of Tourism, was the event’s keynote speaker and guest of honor. Her inspirational message reflected on her long years of outstanding government service under four presidents of the country. At present, she still holds multiple designations that include being president of the International School of Sustainable Tourism, as well as positions with the Philippine Small and Medium Scale Business and AAP Travel, aside from being honorary consul of Maldives, and founder/chair of Homestay Philippines Inc.

“The trend has moved to managing properties as against owning them. This serves well the accommodation of constricting markets, especially with the advent of online booking. Thus, skills set and competencies must mutate because the hotel DNA is constantly changing,” encouraged Madame Gabor.

Now on its second year, the Virtus Awards has become an annual project of the HSMA headed by Margie Munsayac (president) and Rose Libongco (Virtus Awards chair) with the support of Christine Ibarreta (public relations) and Cielo Reboredo (Ways and Means).

“The increase in tourist influx – expected to reach 1.8 billion in by 2030 - requires new services and products in the market. As we expand our client base, we also need to innovate on current offerings. HSMA bridges stronger ties with stakeholders, especially with the Department of Tourism and its attached agency, the TIEZA,” enthused Marge in her speech. 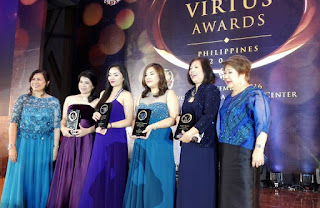