Rewritten from an original 2011 Pinoy rock zarswela, Mula sa Buwan is a Filipino musical adaption of French poet Edmond Rostand’s classic Cyrano de Bergerac, though it is not your usual love triangle. 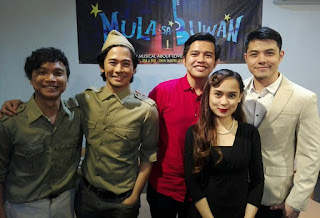 Although retaining the plot of unrequited love, question of beauty, and the relentless battle against compromise, it has been re-imagined to tell a more familiar story: ours.

“The musical is retitled as Mula sa Buwan because it is not just about Cyrano, nor his lengthy soliloquies, anymore. In spite it being inspired from Rostand’s tale, the musical is more about ideals and confronting realities,” revealed dramaturg and show producer Patrick “Pat” Valera. 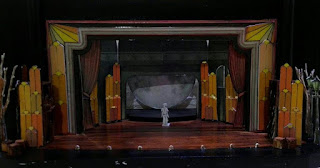 Now set in 1940s Manila, among young ROTC cadets and blushing colegialas, the play shows the innocence and beauty of our nation; craving for independence but destroyed by invading forces. Yet, despite the war, music, harana, kundiman, camaraderie, wit, passion, and hope still abound!

However, as war strikes, virtue, honor & love are all tested – the young now forced to suddenly become men. “This is reminiscent of Hunter’s ROTC and Manila preparing for the annual Immaculada Concepcion festivities in Intramuros on the eve of the Japanese invasion,” he continued. 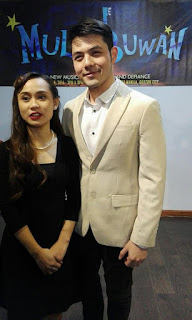 The story then moves to a time after the war, to a field of ruble, of forgotten memories, of heroes lost in a country struggling to survive. “The story begins and ends in an old theater that’s about to be demolished. It is an allusion of how it wants to bring back and tell of its past glory, now etched with ghosts and shadows.”

At the center of it all is the heartbreaking love story between Cyrano, Roxane and Christian. “The rock music reconnects, as it explains, the past to the present. Musical themes are woven into the score and they recur in the show’s 17 songs,” Pat added.

Cyrano de Bergerac will be played, alternately, by Boo Gabunada and Nicco Manalo, who also co-directs the musical. Roxanne will be played KL Dizon while Christian will be played by Fred Lo and alternate Edward Benosa.
The production boasts of beautifully-written songs that include the Cyrano-Roxanne duet Awit ni Roxanne, with a chorale ensemble doing song & dance; Matatapos Din, Christian’s aria with a male chorus; Ang Sabi Nila, Roxanne’s song of despair, an elegy/dirge with a female chorus; Ikaw, Cyrano’s solo with female back-up vocals, and Manifesto, an upbeat solo with choral rendition of music and movement, showing the virtues of the young.
The show’s concept, direction, and libretto is by Pat Valera, with original lyrics by him and William Elvin Manzano, with the latter also composing the original score. 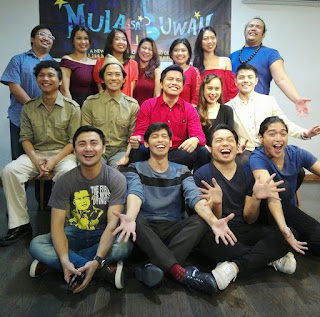