Hooq, Asia’s first and largest premium video-on-demand service, unveiled its new app (Hooq Beta) and the first of its kind hybrid model ad-free ‘freemium’ service that allows more customers to try out the service.  The SVOD service that was built in Asia for Asia takes on a mobile-first user experience to cater to the voracious demands of mobile users.

“It’s a fantastic ride and it’s only the beginning. This is a new campaign that we had ground-broken in the past weeks. We are relaunching our product from the ground up. It’s a new experience. We are learning how the Philippine market watches: how they use the service and what needs to be improved. Freemium is an ad-free platform with a mobile-first design (Discover) and a feed that goes on forever. That’s a billion stories for a billion people; may they be on Android, IoS, or the Web. Hooq is constantly building stories for the everyday consumer. And now, we are offering a ‘sachet with Hollywood content’ at P59 for seven days,” intimated chief executive officer Peter Bithos. 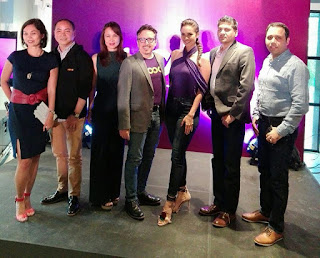 This new hybrid model now allows customers to sample a premium service at no cost.  Pilot episodes of all TV series will now be free for all registered users even after their free trial period has ended.  Customers can now catch pilot episodes from DC’s Legends of Tomorrow, Supergirl, Devious Maids, The Mentalist, and Castle to local content like Alyas Robin Hood, Walang Hanggan and #Jadine whenever they hit the service. This extended sampling gives consumers the power to decide if they would like to continue to watch the rest of series before they pay for a subscription.
“We are very excited to introduce this hybrid model as it gives customers more control over their purchase decision.  This new hybrid model is a result of what we have learnt over the past year after studying usage patterns and speaking to numerous customers and understanding what they want in a video-on-demand service.  We believe this will be a win-win strategy for both our customers and our business as it allows the customers to try the service and the content before they decide to purchase, at the same time, we have the opportunity to re-engage customers whenever we introduce our latest titles, outside of their free trial period. The key driver of any video-on-demand service is their content and we are confident that our offering will keep our customers Hooq’d month after month!” the CEO added.
Hooq’s new ad-free freemium service has been available to consumers since October. 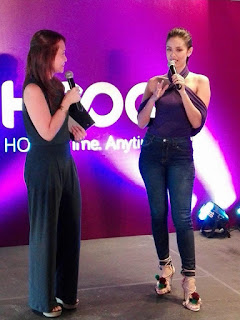 “I spend my downtime doing something worthwhile. Traffic can be bad most days. If I’m not on the treadmill, I’m on Hooqtime, anytime,” revealed brand ambassador, Miss World 2013, Megan Young.

Hooq fans can look forward to a new app interface that boasts a mobile first UX that has been built from extensive customer beta testing and usability research to derive a customer-centric experience, given that over 80% of customers are consuming Hooq on their mobile devices.
Designed with the habits of the social and digital natives in mind, this new mobile-first release boasts a brand new real time content feed and personalized recommendation engine that makes discovering new favorites easier than ever.  Additionally, there is an improved search engine, wish-lists (for future viewing) and optimized content delivery for significantly faster app start and streaming start times.
The new app has been in development by Hooq’s in-house team for nearly nine months and is back-boned by a new back-end framework focused on a faster and higher quality streaming experience for the customer.  In addition to the current support of iOS, Android, web, Chromecast, and Android Set-top Box, Hooq will also be available on Airplay and mobile web as part of this launch.
“Hooq took on the challenge of educating the market. It is a 24/7 commitment. By establishing TV viewing habits, we now shift power to the viewers as they are now in control. There’s even an offline mode option, in case there’s a problem with the Internet connection. You can choose your time to watch. We advocate that you turn your downtime moments to watch your favorites,” encouraged Philippine country manager Jane Cruz-Walker.
“We know that our customers are mostly enjoying Hooq on their mobile devices so it was a natural decision that we enhanced the entire Hooq platform to give our customers a best in class mobile-first experience.  For me, one of the most exciting new features is the real time content feed that highlights our most popular content and knowing what others are watching and which titles are trending!” continued Cruz-Walker. 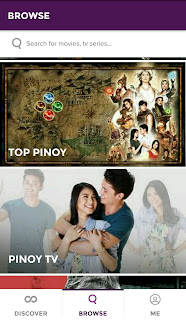 Hooq, a start-up venture between Singtel, Sony Pictures Television, and Warner Bros., is an award winning service that empowers customers with unlimited online streaming access and an offline viewing option to top Hollywood and Filipino movies and television content, on any device including computers, smartphones, tablets, smart TVs via Google Chromecast, Android set-top-boxes and now on Airplay!
“We serve the Philippines, India, Thailand, and Indonesia. Singapore completes our footprint. Our user base in all these territories is 3-million, with 1-million in the Philippines alone. We are in distribution partnerships with different markets as well as television operators. Plus, we have multiple payment mechanisms for our consumers,” shared chief marketing officer Ravi Vora.

It’s easy to get Hooq! Simply sign up on www.HOOQ.tv for a free trial.  Monthly subscriptions start from Php149.00 and soon, customers can also choose from weekly subscriptions for as low as Php59.00.

Globe Postpaid customers can get up to 45 days of free trial with Globe GoSURF 99 and below, and up to 90 days of free trial for all mobile customers availing of GoSURF 299 and up.  Broadband customers also get Hooq for free on Globe Home Broadband.  Once the trial period expires, GoSURF customers can continue enjoying Hooq at Php149 subscription fee monthly charged to your Globe bill.  For all other subscribers, you can either pay the Php149 monthly subscription fee through credit card or charge it to your Globe bill by texting HOOQ149 to 8888.

“We are constantly updating content. Consumers have the choice if they want to subscribe or simply sample. They can always have access to every first episode in a series. And continue to do so until they find those that they want to binge watch,” intoned chief content officer Khrisnan Rajagopalan.

Hooq is Asia's first premium video-on-demand service to launch across the region.  It is a start-up joint venture established in January 2015 by Singtel, Sony Pictures Television, and Warner Bros.  Hooq delivers over 35,000 hours of Hollywood, regional, and local titles to customers anytime, anywhere by enabling them to stream and download their favorite shows on their Internet device or platform of choice.  Hooq was also recently named Best Mobile App in the Media, Film, TV or Video category at the GSMA’s Global Mobile (GLOMO) Awards 2016 in Barcelona.  Hooq currently operates in the Philippines, Thailand, India and Indonesia with a population footprint of over 3 billion people. For more information, visit www.hooq.tv.
Labels: #HOOQTimeAnytime freemium Hooq megan young mobile first experience sachet singtel sony pictures television SVOD video on demand warner bros