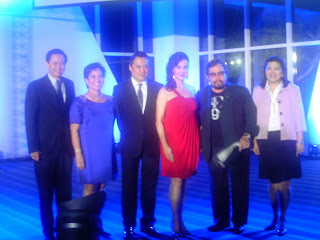 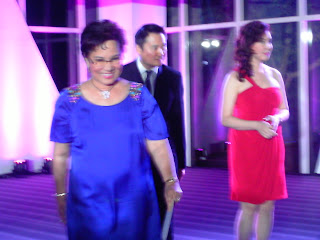 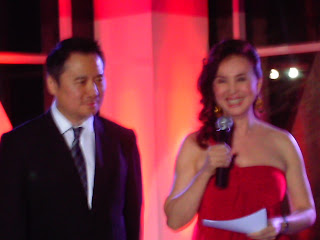 
For over six decades, the search for the most beautiful women from all over the world was motivated by a single inspiration: Beauty with a Purpose. With such a compelling directive, the Miss World pageant has produced a list of women who have been celebrated not just for their stunning good looks but also for their single-minded desire to make a difference in the lives of the less-fortunate.
2011 marks the very first time, in Philippine pageant history, that the first-ever Ms. World-Philippines will be chosen, under a new local franchise-holder to the international pageant rights. In years previous, the title has been part of the annual Bb. Pilipinas competitions.
Leading the nationwide search for Ms. World-Philippines is beauty & wellness guru Cory Quirino, chair and CEO of CQ Global Quest (CQGQ), the new entity owning the local franchise, who is determined to give the much-anticipated beauty contest a meaningful purpose. “It's high time to make a Filipina's dream come true. A lady who will embody the true spirit of Filipino womanhood; one who will proudly represent her country whilst utilizing her beauty to inspire, to help and to heal. For this reason, CQGQ's charity gala night, that will be held at the Makati Shangri-La on July 22, has chosen the PGH Medical Foundation and the Tuloy Street Children Foundation as major beneficiaries.”
The latter recipient started out by sheltering 12 streetchildren. To date, the entity has taken 811 more, from off the streets. The pageant's other beneficiary is the Catholic Women's Club, another organization that's also in full support of this cause-oriented project.
The dynamic chairman and CEO of Miss World Limited, the venerable Mrs. Julia Morley, personally handed the exclusive license agreement herself to Ms. Quirino last January. Accompanied by reigning Ms. World 2010 Alexandria Mills (USA) and 1st Runner-up Emma Wareus (Botswana), they called the reception a 'significant and momentous occasion'.
Ms. Quirino's vast experience in serving underprivileged communities made her a fitting figure to spearhead the pageant. “With more than 15 years as an officer serving Rotary International districts 3810 and 3830, I have found that the focus on community development by the organizers of Miss World very supportive of my continuing advocacies.”
The official launching of Miss World-Philippines took place recently at the SMDC Grand Showroom where announcements were made as to their alliances: main presenter SM Development Corporation with chairman Henry Sy Jr; official bank partner Banco de Oro with vice-chairman Sonny Jacinto; TV network partner GMA-7 with senior VP for entertainment Wilma Galvante; official tourism destination Puerto Princesa with Mayor Edward Hagedorn representing his city's famous Underground River; official residence Traders Hotel with GM Gordon Aeria; and SM supermalls with president Annie Garcia. The SM malls all over the country will be the site for the nationwide screenings to come up with the pioneering batch of contestants. “A total of 30million people buzz the supermalls all over the archipelago daily. It is from these throngs that we sift to get the lucky girls for the pageant,” intoned Ms. Garcia.
The Philippines has yet to win this very elusive international title. The closest the country ever got to winning the crown was in 1973 when Evangeline Pascual was proclaimed 1st Runner-up and again in 1993 when Sharmaine Ruffa Gutierrez was named 2nd Princess. When 1973 winner Marjorie Wallace was dethroned, the title, together with the duties attached to it, was offered to Ms. Pascual. However, the beautiful Evangeline politely declined the offer.
Since its beginning, the annual worldwide beauty search has been able to assist in the alleviation of the plight of marginalized women and children with Miss World Limited having raised more than US$400 million in support of countless charities.
The country's winner, who'll also be known as pageant spokesperson in shaping a better planet, will go home with P1million and a brand-new condominium unit from SMDC.
“SM Development Corporation supports this premier pageant. We all need to share our blessings and be an inspiration to others. What is good, essential and lasting rings true and close to our corporate philosophy 'the good guys',” enthused chairman Henry Sy Jr.
The swimwear competition will be held at the Subterranean River facility in Puerto Princesa City, Palawan. “The Miss World-Philippines winner should not only be beautiful physically but must also be the heart, eyes and soul of the country. Such is a big challenge. I need your help. Inspire me so I don't look backward but forward and ahead. Give us the chance to find her and let it happen for our country,” Ms. Quirino implored, at the close of the launching rites.
The Miss World Philippines coronation night will unfold on July 30th at the PICC Plenary Hall inside the sprawling CCP complex. The pageant will be beamed live to a nationwide audience through the GMA Kapuso network. For more information, simply log-on to www.missworldphilippines.com.
Labels: pageants