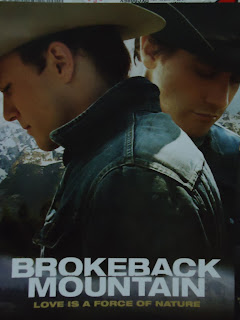 Films that changed our world
By Earl D.C. Bracamonte

Films have metamorphosed through the years since the days of the Lumiere Brothers. What once was black-and-white turned to color. And musicals and comedies played alongside dramas. Even animation got a share of the action. But as advocacies and campaigns swarmed the real world, filmmakers turned to their cameras to tell stories that were not only real but were suppressed; stifling the voices of the minorities.
A few of the bold and brave have now streaked movie fiefdom with colors from its once stark landscape of black & white; turning the once gray areas with tones of roseate and the shades of pink (Ma Vie en Rose) and the bright spectrum of the rainbow.
Here are a few of the many that changed how people think; making what was once straight and narrow, colorful and thought-provoking:

*Making Love – Charlie’s Angel Kate Jackson discovers that her husband (Michael Ontkean) is in love with another man (Harry Hamlin). The year before, Hamlin, playing Perseus in the original “Clash of the Titans,” rescued Jodi Bowker’s Andromeda character from being devoured by the dragon. So it was an eye-popping experience for us teenagers that our hero of last year was ‘making love’ passionately, albeit simulated, to another man on the big screen!

*Manila By Night – This opus from movie meister and National Artist for Film Lino Brocka is one of his works that dissects the gay psyche. A searing commentary on the ills of society, this has become a benchmark for future films on the subject.

*Prick Up Your Ears – This poignant love story at the center will be touching to some and shocking to the others. But this film about the rise to prominence of British playwright Joe Orton (Gary Oldman) and his relationship with Kenneth Halliwell (Alfred Molina) never fails to fascinate. This not-widely-released film makes it a rare find!

*Macho Dancer – Brocka’s masterpiece on the flesh trade has spawned several like-themed flicks such as Mel Chionglo’s “Twilight Dancers (with the late Tyron Perez) and Brilliante Mendoza’a “Masahista, the movie that made a star out of indie actor Coco Martin.

*The Wedding Banquet – This gentle, Woody Allen-esque comedy about a New York real estate dealer who agrees to marry one of his tenants to marry to help her get a green card and put an end to his parents’ attempts to find him the “perfect Chinese wife” is one hilarious roller=coaster ride. (Sounds to me like the plot in this film inspired the Luis Manzano and John Lloyd Cruz movie “All My Life”) This is all done with the knowledge and consent of his male lover. Things go reasonably well until Mom and Dad decides to fly over from Taiwan for the festivities. Little character moments and surprises make this Ang Lee film very enjoyable. As one of the few gay-oriented movies for general patronage, this one enjoyed an extended run around Metro Manila theaters in the summer of 1994.

*Bala at Lipstick – This action-comedy is one of Roderick Paulate’s best! The scene showing him running towards love interest Zoren Legaspi on the beach is one of the best captured moments on film. It is also in this movie that the unforgettable, “Actually, marami akong ganyan (lipstick), isang box galling Japan!” Don’t miss this one.

*Maurice – Based on E.M. Forster’s long-suppressed semi-autobiographical novel, this film details the love of a middle-class college student (James Wilby) for his aristocratic classmate (Hugh Grant). A minor but handsome film, especially for viewers who are into bio-pics as well as for works that peer into the mechanics of societal pressures on personal affairs.

*Bathhouse - The 21st century afforded filmmakers the chance to use the medium of digital videos to record their films, doing away with prints and the studio system. This Crisaldo Pablo movie pioneered a long string of flicks that essayed the hunter and prey relationship of gays in the seedy hubs around Metro Manila.

*To Wong Foo, Thanks for Everything, Julie Newmar – Don’t let the documentary-type intro to transvestites prevent you from enjoying what becomes a delightful comedy. When three fairy godbrothers – the late Patrick Swayze, Wesley Snipes and John Leguizamo – descend on a sleepy Nebraska town, they manage to turn lives around for the better. Surprisingly uplifting with cameo appearances by RuPaul, Robin Williams and Julie Newmar herself! Don’t miss jewel of a movie, especially with muscular action-star Wesley Snipes in drag playing the mesmerizing Noxzeema Jones! (There’s a similar-themed Australian movie as this, Priscila: Queen of the Dessert which I also like but think this one’s better with its translation to the stage. And it is!)

*The Fourth Man – Jeroen Krabbe plays a gay alcoholic writer prone to hallucinations. Invited to a lecture at a literary society, he meets a mysterious woman who he becomes convinced intends to kill him. This emerges as an atmospheric, highly-original thriller from Basic Instinct’s director Paul Verhoeven. And since we’re taking about a film with a ‘fourth’ on its title, this reminds me of the movie version of Frederick Forsythe’s thriller “The Fourth Protocol” that, even if not a gay movie, has an interesting quickie parking lot scene between an unbilled extra and the ultra-cool Russian agent played by Pierce Brosnan!

*Zoombadings: Patayin sa Shokot si Remington – This is one of the, if not the most, successful entries that came out from the Cinemalaya Film Festival. It revived high camp comedy that flourished in the ‘80s along with snappy dialogue and a revelation in its star Mart Escudero, who before then was a smorgasbord extra alongside others from the talent searches.

*Brokeback Mountain – This sweeping saga that tells the story of two young men in love almost made it as the Academy Awards Best Picture of 2005, only it was gay-oriented. Ranch hand Ennis (the late Heath Ledger) and Jack (Jake Gyllenhaal), a rodeo cowboy, met in the summer of 1963 while working in a local ranch and unexpectedly forge a lifelong connection: one whose complications, joys and tragedies provide a testament to the endurance and power of love. They struggle to keep their bond alive through their own marriages, through children, and through the mighty grip of societal confines and the expectations of what it is to be a man. The good thing is, the following years made winners of actors playing gay roles from Sean Penn (Milk) to Christopher Plummer (Beginners).
Labels: gay-themed movies pink films queer cinema