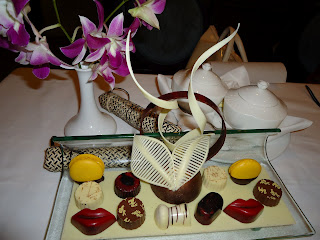 
Something new is cooking is at the Prince Albert Rotisserie. Executive Chef Alisdair Richard Bletcher is introducing new set menus for executive lunches at the fantastic price of Php 950 ++ per cover for an appetizer and main course and Php 1,200 ++ for an added dessert.
A choice of four is available for each course and menus will vary weekly. “I draw inspiration from experiences when creating my menus. If you’re trained in classical French cuisine, it’s so easy to move into German or Italian or Mediterranean; everything stems from that,” declared the newly-appointed British chef, who, we were told, lived here as a kid.
During an intimate media luncheon, we sampled Chef Bletcher’s recommendations for a four-course meal. We started with Tuna carpaccio on wasabi and pickled ginger fraiche with spring onion tempura. The breaded onion leaves afforded that extra texture and crunch which was surprisingly new, yet delectable, to the palate.
Soup came next: Double strength chicken consommé with goat cheese ravioli, root vegetables and lentils. The slightly smoked chicken, coupled with dry sherry, leaves off a peculiar spicy aftertaste that’s very refreshing.
For main course, fish/seafood lovers would swoon on the Fillet of Red Snapper with grilled artichoke hearts, olives, roasted cherry tomatoes, caramelized shallots and lemon-infused olive oil. The perfectly prepared fish dish, right to its golden-brown morsel with all the moisture intact, is a delight to the last bite.
And capping the gustatory onslaught was Mango crème brulee with banana spring rolls and vanilla sauce. The turon was definitely an Asian touch because it is Chef Alisdair’s favorite Filipino native delicacy. It was one of his favorites as a child. He spent his childhood days here in Manila in the ‘70s.
“Our F7B outlets will offer mixture and fusion so as to give a bit of adventure in every plate. There’ll be quite a big change in the menus all-around as we tweak the outlet menus for better offerings. Pinoys appreciate international cuisine more than the rest of Asia. The Jeepney Restaurant might come up with a province-by-province menu sampling soon,” he added.
The Prince Albert Rotisserie is open for lunch from Mondays through Fridays from 12 noon ‘til 2:30 in the afternoon; and for dinner on the same days from 7 pm ‘til 10:30 in the evening. For reservations, simply call 793-7000.
The Inter-Continental Hotels Group (IHG) is the world’s largest by number of rooms. IHG owns, manages, leases or franchises, through various subsidiaries over 4,100 hotels and more than 600,000 guest rooms in nearly a hundred countries and territories around the globe. The group owns a portfolio of well-recognized and respected brands including Inter-Continental hotels & resorts, Hotel Indigo, Crowne Plaza hotels & resorts, Holiday Inn hotels & resorts, Holiday Inn Express, Staybridge Suites and Candlewood Suites. IHG also manages the world’s largest hotel loyalty program, the Priority Club Rewards, with over 40-million members internationally. 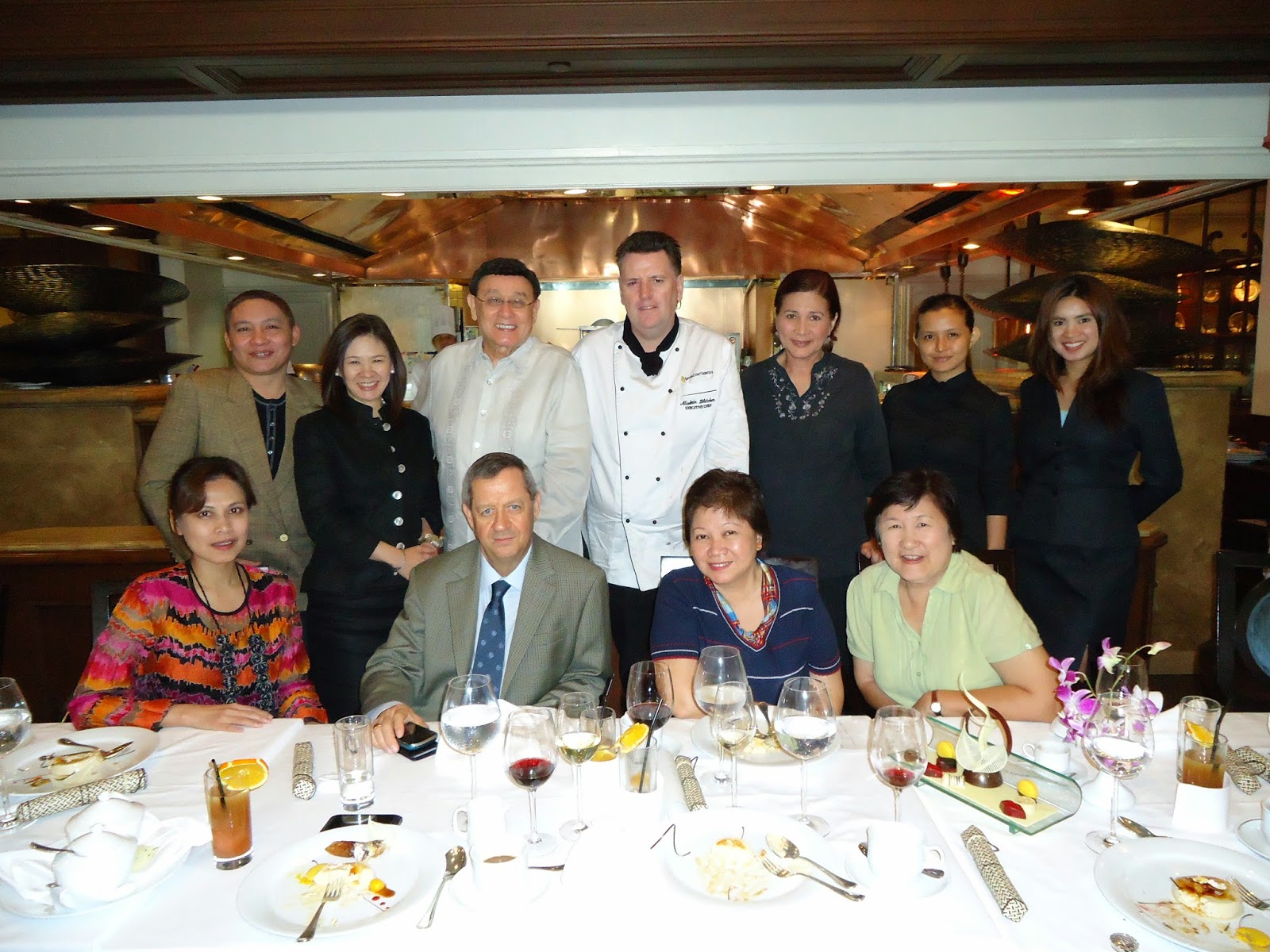