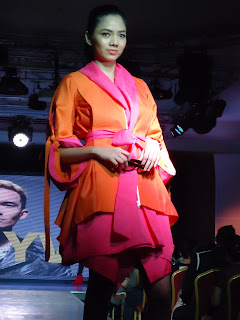 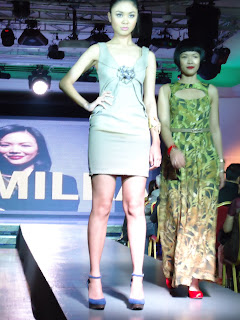 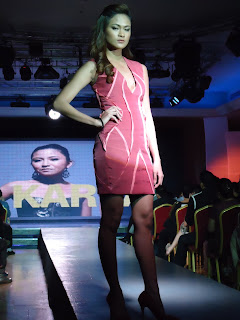 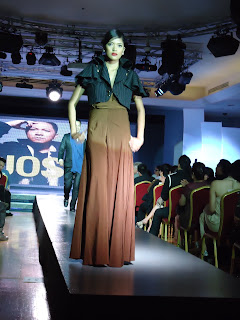 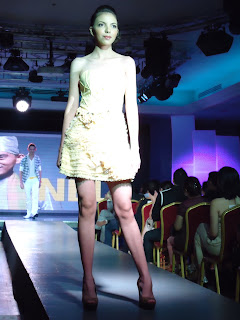 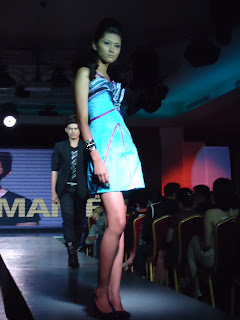 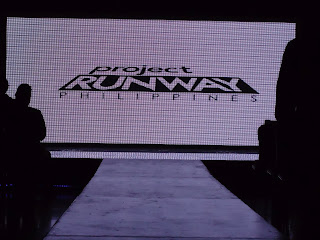 The road to runway royalty
By Earl D.C. Bracamonte

One (or more) of the fifteen aspiring contenders will be booted out from the race after embarking on their first catwalk challenge as Project Runway Philippines (PRP) airs its first episode of Season 3 this Sunday, Mar 25 at 8 pm on the ETC network.
The task began at Km 0 in the Luneta grounds as all fifteen were made to pick out two textiles and put them inside a bayong then run back to their respective spots. The surprising twist came when they were told to pass their bayong to the person on their left. And the first challenge unfolded! From the textiles on hand, each one had to come up with a creation that reflected their design philosophies and bearing in mind the theme of being a ‘Filipino designer on the world stage.’
After two successful seasons, PRP returns to television to look for the next big Filipino fashion designer. Tweety De Leon-Gonzales, the new face in the show, will take the competition to a whole new level. “It’s quite touching to make a comeback to television and in a show about an industry that I’ve been a part of for the longest time,” confessed the country’s first supermodel after Melanie Marquez. Together with (tor)mentor Jojie Lloren, mainstay judges Apples Aberin and Rajo Laurel, Tweety completes the quartet that will set tougher challenges to bring out the best in all of the competing designers.
This season’s batch of young entrants from different backgrounds, with diverse aesthetic sense and technical skills, will vie with each other in hopes of launching an illustrious career in fashion. Squaring off for runway supremacy are designers from Metro Manila – Joseph Montelibano (a PR executive from Paranaque), Karla Galang (a fashion design instructor from Quezon City), Milka Redoble (an on-line fashion entrepreneur from Pasig City), stylist Ionica Abraham and designer-provocateur Cheetah Rivera (from the City of Manila) – and the rest of the archipelago: Almor Albano (Laoag City, Ilocos Norte); MJ Alimanza (a visual merchandiser from Zambales); Nel Claveria (the chink-eyed overseas fashion designer from Camarines Sur); Glenn Gonzales (the “one-eyed” jock from Pangasinan whose right eye is suffering from congenital glaucoma), Fatima Guerrero (the bright-eyed Moslem gal from Nueva Ecija); Enzo Liboon (a call-center agent from Bacolod City, Negros Occidental); Lhenvil Paneda (a costume designer from La Union), Normanie Santos (an ex-seminarian from Bulacan); as well as stylist Yves Camingue and graphic designer Jenno Gacasan from the Queen City of the South (Cebu).
All fifteen entrants are ready to show off what they’ve got for the highest of stakes yet in PRP. “This season will be bigger and brighter but tougher and more cut-throat. We’re looking for the new star; the next design sensation. So, it’s a combination of talent, personality, perseverance and a lot of chutzpah. This season’s grand winner will go away half-a-million pesos richer. He will also receive a hundred pesos worth of cash and beauty products from Pond’s, a fashion spread in Mega Magazine featuring his/her final collection, a brand-new Intuos4 Wacom unit, a full 4-year fashion design and technology scholarship from partner school iAcademy, sewing machines worth P300K from Brother Int’l, and an all-expense paid trip to Paris to experience the Paris Fashion Week! PRP is the avenue that will make another Filipino designer shine,” shared fashion designer Rajo Laurel, who has been judging the series with Apples Aberin since Season 1.
“We’ve searched all over the country for talented, young and aspiring designers who will comprise this season’s batch. All of them possess raw talent but a lot of things can happen between now and the finals. I’ll be the kinder, softer woman from the judges’ seat,” laughed off Apples. “I’m emotionally unstable so let’s see,” she added.
The judges will use their extensive knowledge in the field of fashion to guide the contestants through weekly challenges set to test their vision, skill and creativity. Vying for a spot at the final runway where they will present their final collections to top industry insiders, the stakes are higher as only three will be named finalists and only one will strut away with fame and glory. “Behind the flamboyance of fashion are bleeding fingers and many tears shed. It’s a tough game!” enthused show director Henri Delorme.

This is the biggest and the grandest fashion reality show, yet, on the boob-tube. And the road to runway royalty begins here. “As they always say in fashion: one day you’re in, the next day you’re out!” quoted Tweety at the close of the launching ceremonies at the posh Genting Club in Resorts World Manila.
For more information, simply log-on to www.etc.com.ph. Social network fanatics can follow the show on facebook.com/etctv and/or twitter.com/etc_Channel.
Labels: design competition fashion fashion TV reality TV runway royalty