A taste of London in a cup
By Earl D.C. Bracamonte

The coffee tree is a tropical evergreen shrub called Genus coffea. It needs an annual rainfall of 1500 to 3000 mm to grow while it takes five years for a coffee plant to produce beans. And with less and less soil to plant them, not to mention the dearth of farmers, coffee has been regarded as the new 'gold' of the 21st century.
Back in 1971 in South London, two brothers, Bruno and Sergio Costa, had a dream of bringing their passion for irresistible coffee to the British capital. The brothers opened their first-ever coffee shop in the heart of London, the Old Paradise Street, and the Costa magic began.
"The Philippines is the 31st country were Costa is present and the second country, outside the UK, to launch after Dubai. There are 2,000 outlets in UK alone and over 3,000 stores in total; counting the branches from all overseas outlets," apprized Mark Schofield, store manager of the newly-opened Eastwood branch, Costa's flagship store in the country.
At the heart of the brothers' dream was a truly smooth, round, and rich-tasting blend of coffee called 'Mocha Italia' that's made with a combination of Arabica and Robusta coffee beans. These are slow-roasted to seal in the aromas and oils before tasted/tested by master of coffee Genaro Pelliccia. He once had the world's most expensive palate. Costa insured his tongue for 10-million quid to protect his expertly tuned tastebuds that safeguard the Mocha Italia blend.
Once the coffee blend has been carefully roasted, blended and tested, it is sent around the world and placed in the careful hands of their highly skilled and passionate baristas. The perfect coffee starts with the delicate and precise extraction of a rich espresso. Depending on the desired strength, baristas will skillfully steam, froth or texture some milk before combining it with the espresso and then adding the finishing touches. Any Costa coffee can be perfectly shaken with ice for the coolest iced coffee - Frostino - experience.
All of the concoctions are handcrafted. So whether it's chocolate cream, an extra shot of espresso, or a drizzling of caramel sauce, everything's customized. Friends and families spend time together over great food and brews in Costa stores across the globe.
Today, the same magic brings irresistible brews to over 3,000 stores across 31 countries, including the Philippines. "Costa is the No. 1 coffee chain in the UK and Europe and the second largest in the world. In the Philippines, we've partnered with the Robinson's Group. We will be opening five more outlets in Metro Manila before the years ends.
"Diners will be sitting in a lovely environment. We will utilize the Filipino heritage in wood for the look of the interiors, complemented by artworks for that unmistakable British flair. We cater to different segments and have stores in airports as well as railway stations," shared international operations manager Matt Kenley, who oversees the Southeast Asia region and India.
Consumers get the same feeling all over the globe in whatever store they visit. "We will also be present in community stores, as well as in offices and condominiums. Our mall stores will be located in nooks near restaurants and retail concepts," he added.
Whether you are in London or Paris, Shanghai or Singapore, Hyde Park or Manila, Costa welcomes beverage lovers to London's favorite coffee shop. "Our new product ranges include ice-shaking blends and festive drinks for the Holidays. In Southeast Asia, we are present in Indonesia, Malaysia, Vietnam, Laos, Myanmar, Thailand, Cambodia, Singapore and India. In South Asia, we have 400 stores in mainland China," Kenley said at the close of our colloquy.
Costa is committed to looking after coffee growers. That's why they've established the Costa Foundation, a registered charity. The Costa Foundation's aim includes relieving poverty, advance education, as well as the health and environments of coffee-growing communities around the world. So far, the foundation has funded the building of 63 schools and improved the social and welfare of coffee-growing communities. Together with generous customers, Costa has funded school operations in coffee-growing communities and has transformed over 30,000 lives.
After Eastwood, Costa will be opening outlets in Robinsons Ermita, Tera Towers, Fort Strip (Bonifacio Global City) and Robinsons Antipolo all throughout the remaining months of 2015. 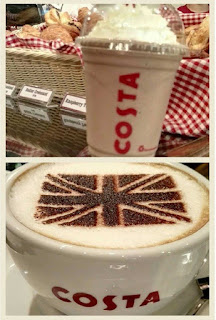 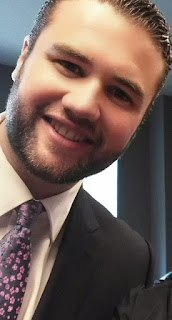