The Normal Heart, the award-winning HBO tele-movie, opened to rave reviews this weekend, An autobiographical sketch on the trials and tribulations that author Larry Kramer had to fight at the inception of the HIV/AIDS campaign in the Big Apple, this Filipino production resonates the painful truths and dogma that still plague our generation today.
During the early 1980s, Jewish-American writer and gay activist Ned Weeks (Bart Guingona) struggles to pull together an organization focused on raising awareness about the fact that an unidentified disease is killing off an oddly specific group of people: gay men largely in New York City. Dr. Emma Brookner (Roselyn Perez), a physician and survivor of polio, as a consequence of which she is using a wheelchair, is the most experienced with this strange new outbreak and bemoans the lack of medical knowledge on the illness, encouraging the abstinence of gay men for their own safety, since it is yet unknown even how the disease is spread. Ned, a patient and friend of Brookner, calls upon his lawyer brother Ben (Richard Cunanan), to help fund his crisis organization. However, Ben’s attitude toward his brother is to give merely passive support, ultimately exposing his apparent homophobia. For the first time in his life, meanwhile, Ned falls in love, beginning a relationship with New York Times writer Felix Turner (Topper Fabregas).
“The play is about a war that was lost at that time. It is an ongoing battle by a new generation of people who care. The conditions now are so much more similar than what happened in 1981 New York. It seems we never learned anything; as if history hasn’t taught us valuable lessons. This is about the nature of activism, and here’s a platoon of people caught up in the cross fire,” intoned Bart Guingona, during a curtain call on preview night.
The increasing death toll raises the unknown illness – now believed to be caused by a virus – to the state of an epidemic, though the press remains largely silent on the issue. A sense of urgency guides Ned who realizes that Ben is more interested in building a two-million-dollar house than in backing Ned’s activism. He explosively breaks off ties with his brother until Ben can fully accept Ned and his homosexuality. Ned then looks to Mayor Ed Koch’s administration for aid in financing research about the epidemic that is quickly killing hundreds of gay men, including some of his personal friends. Felix, meanwhile, reveals to Ned his belief that he is infected with the mysterious virus.
“This play shows the process of fading away. And how a once vibrant person slowly crumbles,” said Topper Barreto of his tragic character Felix Turner.
Ned’s organization elects as its president Bruce Niles (TJ Trinidad), who is described as the good cop of gay activism, in contrast to Ned. While Bruce is cautious, polite, deferential and closeted, Ned is vociferous, confrontational, incendiary, and supportive only of direct action. Tensions between the two are clear; though they must work together towards the promotion of their organization.
Although he continues to strengthen interactions with the mayor, Ned ruins his chance when his relentless and fiery personality appalls a representative sent by the mayor. Dr. Brookner has gradually taken the role of activist herself, noting the epidemic’s appearance in other countries around the world and even among heterosexual couples. Although she desperately asks for government funding for further research, she is denied and the rejection releases in her a passionate tirade against those who allow the persistence of an epidemic that’s taking the lives of the homosexual individuals already marginalized by the government. In the meantime, Ned’s conflict with Bruce comes to a head, and their organization’s board of directors ultimately expels Ned from the very group he created, believing his unstable vehemence to be a threat to the group’s attempts at more calm-mannered diplomacy.
As Felix’s condition worsens, he visits Ben Weeks in order to make his will and with the hope of reconciling him with his brother Ned. Felix soon dies and Ned blames himself for his lover’s death, lamenting that he did not fight hard enough to have his voice heard. The mortality rate from HIV/AIDS is shown to continue increasing as the stage fades to curtain call.
“Understanding and not pity is what the cause wants. We have viruses inside our bodies but our dignities are still intact. Stigma and ignorance are on the same boat. Advocacy is at the very top of our agenda,” shared 21-year-survivor Elena Felix, mother of four and advocate of Pinoy Plus, (www.pinoyplus.org), a support group of HIV/AIDS victims with close to 500 members, some of whom have passed on to the next life. 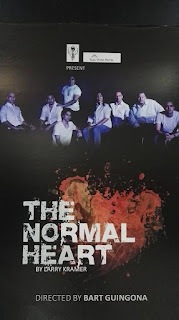 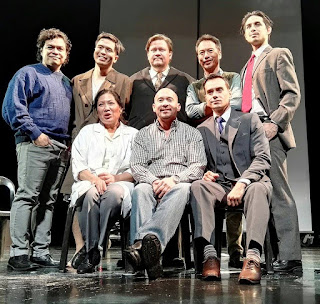 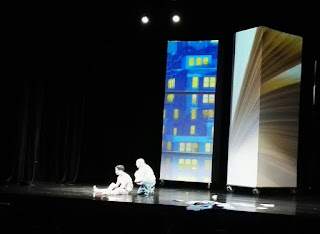 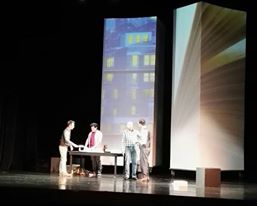 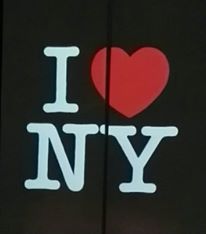 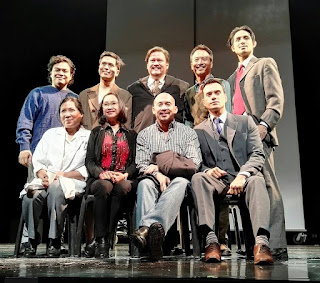 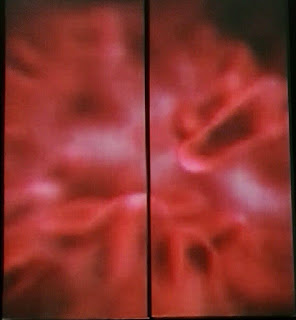 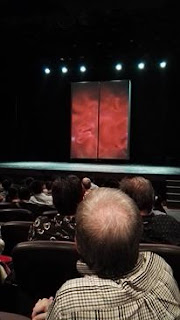 Larry Kramer founded Gay Men’s Health Crisis in 1981 with five friends, still one of the world’s largest providers of services to those with AIDS. In 1987, he founded ACT UP, the AIDS advocacy and protest organization, which has been responsible for the development and release of almost every life-saving treatment for HIV/AIDS.
The Normal Heart was selected as one of the 100  Greatest Plays of the 20th Century by the Royal National Theater of Great Britain and is the longest-running play in the history of the New York Shakespeare Festival’s public theater.