The city government of Marikina joined hands with LBC Express Inc.'s theshop.ph as it launched recently the online shoe shop, MarikinaShoes.theshop.ph through its MASIDO (Marikina Shoe Industry Development Office) unit. The event introduced the ten pioneering shoe manufacturers whose footwear will be up for grabs on the new Web site.
"What we need to further develop is the passion for Filipino-made products. We need to let our local talents shine while showing the world that shoes made in Marikina are world-class and competitively-priced. Selling them online through MarikinaShoes.theshop.ph will bring us a step closer to making Marikina City the shoe capital of the world," enthused Philips Yu, chief operating officer of LBC's E-Commerce solutions.
"In 2013, we acquired multiply.com when it folded up. To date, we have 500 stores/merchants online that's serviced by our over one thousand branches worldwide as well as 25 affiliated banks. We are a store builder so we encourage you to make an e-commerce store with us. We are a free platform and a local merchant out to help other Filipino entrepreneurs.
"We handle all the payment gateways or you can pay upon actual receipt of your purchase. Cash-on-delivery (COD) is a trust issue. We also have pop/smart lockers where we can ship orders to a specified locker number, in much the same way postal mails are routed to a zip code.
"We have a physical store in Park Square that functions as showroom of footwear where consumers can fit before ordering online. We will be opening showrooms in Cebu and Greenhills before the 'Ber months, where all the rush shopping happens. It's sometimes difficult to sell online for lack of a tangible feel to things unlike in a physical store.," Yu continued.
"The direction of Philippine enterprises has moved from manufacturing in the '70s to all aspects of the service sector in the 21st century. Something online is about reputation. TheShop.ph helps the local entrepreneur. LBC operates in 22 countries; not only providing employment to Pinoys here and abroad but also in bringing the Filipino talent to the fore. We have the most extensive payment and delivery system. We believe that a satisfied client will always spread the word; ergo the business rolls. We start local then target OFW communities abroad," he added.
Globally recognized as the country's shoe capital, Marikina has a history of manufacturing carefully-crafted, durable footwear. Shoemaking families have preserved this rich tradition, handing it down from one generation to the next. In order to fuel sales and rejuvenate the local shoe production industry, which has seen decline in the past decade, an alliance between family-owned shoe companies, known collectively as MASIDO was formed.
"The MASIDO is under the Marikina City development office. The dearth of orders and decline of the local shoe industry can be pinpointed to lack of new technology and innovation, which the city is trying to rectify through tech training and tax shelters to encourage shoemakers to continue what they have been doing through all these years.
"We also want to regain the trust of consumers in light of the goodwill 'kapag gawang Marikina, gawang nakikilala' which has lost steam through steep competition from low-priced goods from China.
"The bulk of business has grown by 20 to 30 per cent due to a burgeoning demand. LBC's theshp.ph is a fully-equipped gateway compared to other sites because of its logistics. Besides, our LGU encourages shoe investors to come back as the taxation is not as stifling as before. The new tax levels are very encouraging for businesses," opined Noel B. Box, MASIDO's technical consultant for shoe development.
In line with its goals, Masido has decided to bring the Marikina shoe industry online via theshop.ph, an easy-to-use eCommerce platform developed with the Filipino consumer in mind.
"This is a very good channel to showcase what distinguishes Marikina footwear from other local shoe producers. Local shoe-making families would like to maintain Marikina's reputation as the shoe capital of the Philippines by promoting and selling affordable and quality shoes to both domestic and international markets; primarily those of overseas Filipino communities.
"Markina shoes are no longer limited to physical stores as E-commerce has answered geographical limitations. Local businesses can now operate without time and/or distance barriers. This is very convenient for consumers who are always on the go. We will deliver not just shoes but smiles to our customers doorsteps," intoned Marikina City council member Mario de Leon, who chairs the MASIDO project.
At the start of this campaign in October 2014, ten manufacturers started and embraced this new journey. These are Fontele, Valentino, Checkpoint, Alria, Gibson/Gibson Kids, Pads Shuz, Ellen & Mae, Medz, and Merel. These labels will be joined by other brands such as Gibi, Rusty Lopez, Otto, Bristol and Chancellor very soon.
Through this project, MASIDO is confident that they will be a step closer to fulfilling their aim of providing Asian consumers with the best handcrafted shoes in 2016. With Marikina pioneering this endeavor, the Dept. of Trade & Industry has encouraged other LGUs to embark on similar revenue-generating ventures.
"Online sites cuts operating costs of physical stores while multiplying consumer traffic. Marikina shoes, from now on, are not just available in Cubao, Divisoria or Metro Manila but the whole world. Historically, the first shoe pair in the country was made in Marikina over a century ago and the industry has lived on. 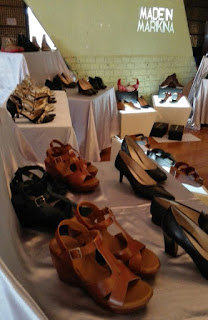 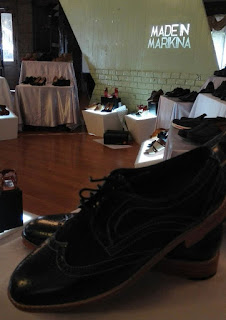 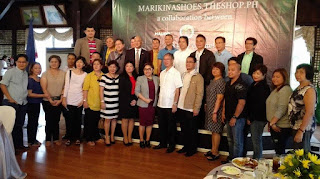 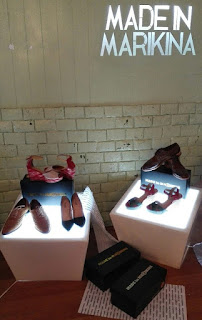 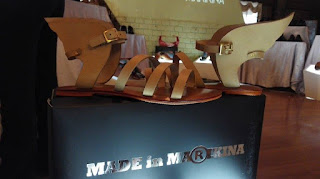 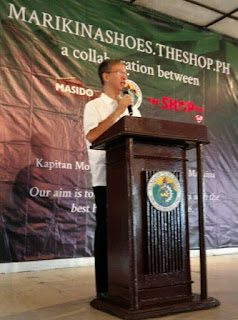 "The shoe business may have slowed down for the past 15 to 20 years but has now fully recharged. For a while, the younger generation from the shoe-making families preferred white- or blue-collared jobs. This, plus the steep taxation and low-cost imported brands, made a huge dent on local businesses. But all that's in the past now. The product development projects under the MASIDO arm is up and running to help our local shoe manufacturers," declared Hon. Del De Guzman, city mayor of Marikina.
To purchase your preferred footwear online, first select the payment method. Then add the shipping address (which by the way has no shipping and transaction fees at the moment) before choosing the item(s) to be purchased at marikinashoes.theshop.ph.
Labels: e-commerce footwear heritage industry lbc lccc legacy lgu marikina masidc masido Philippines shoe capital shoes theshop.ph